We were trying for a baby, but didn’t want to let the possibility of getting pregnant effect our decisions about travel… why live by “what ifs?”  So, we booked an amazing trip to Africa… safari, visiting two different sets of missionary families we supported, the works.  Sure enough, I did get pregnant… no big deal, though, right?  Wrong.  Malaria virus was very common in a few of the areas we were planning on going and our missionary friends basically told us it would be unwise to visit.  Being pregnant, I would not be able to take malaria pills, and if I contracted malaria, I could die, or could take the malaria antibiotic, but would miscarry.  It wasn’t worth the risk.  We were devastated.  So, to make up for canceling the trip (and losing some money we couldn’t get refunded) we decided to book Dubai instead. 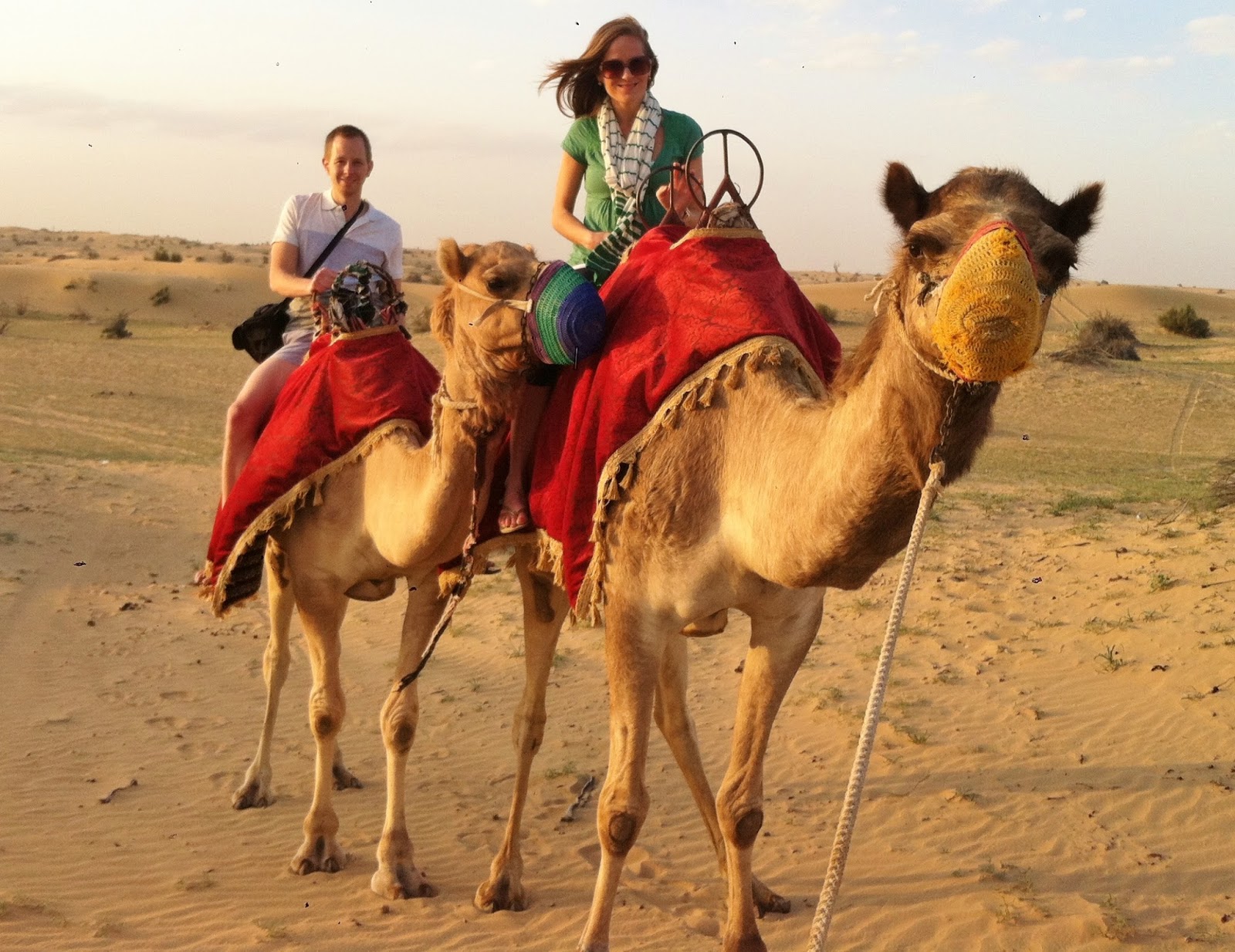 Dubai, we figured, would be different enough, like Africa, and we could still do a safari (a dessert safari!) and experience a significant culture change.  We decided to book the first half of our trip in the old Dubai section and the second half on the “Palm”, manmade islands that looks like a Palm Tree from an aerial view.  Both sections were very different and quite a culture shock. 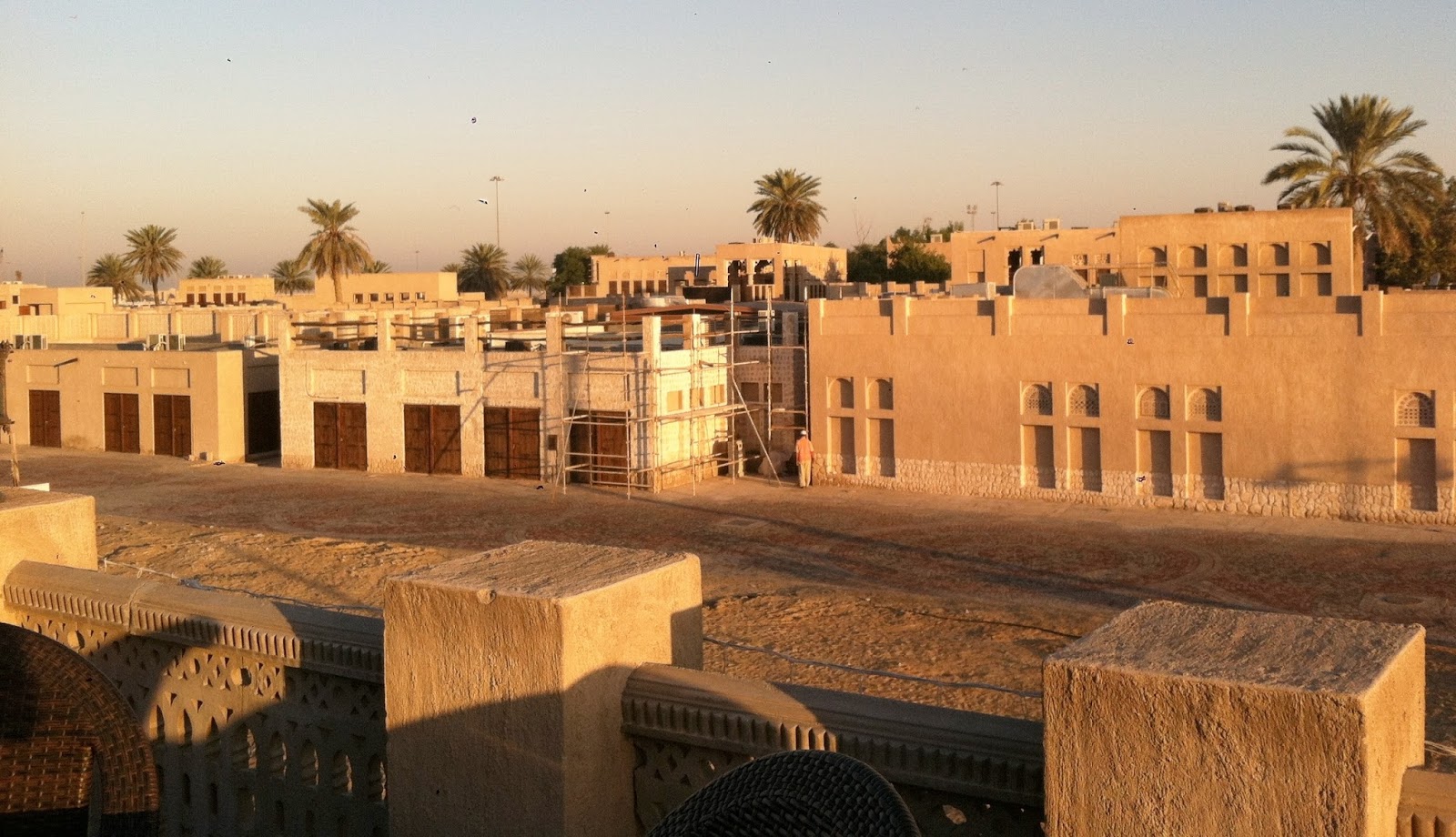 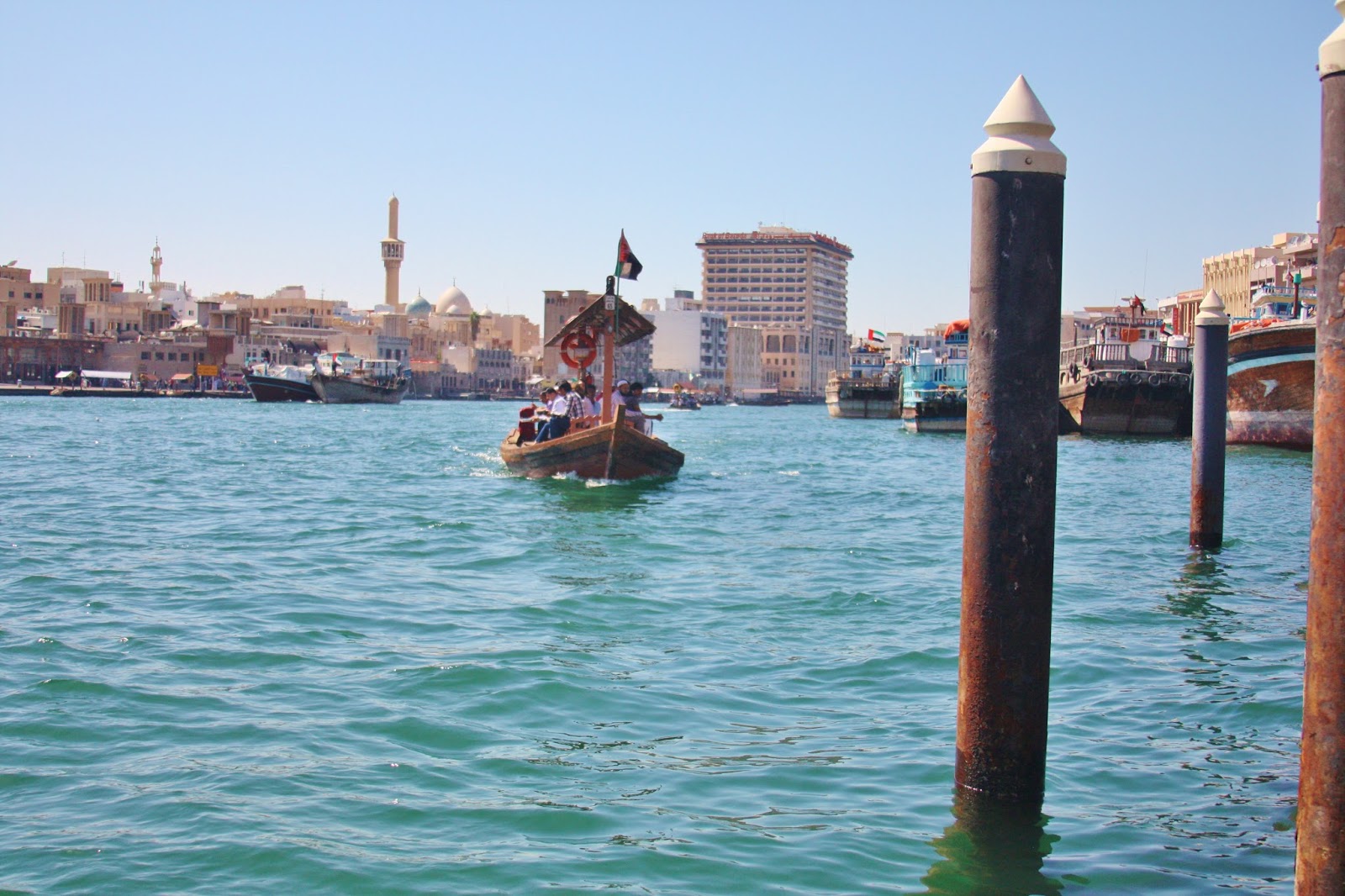 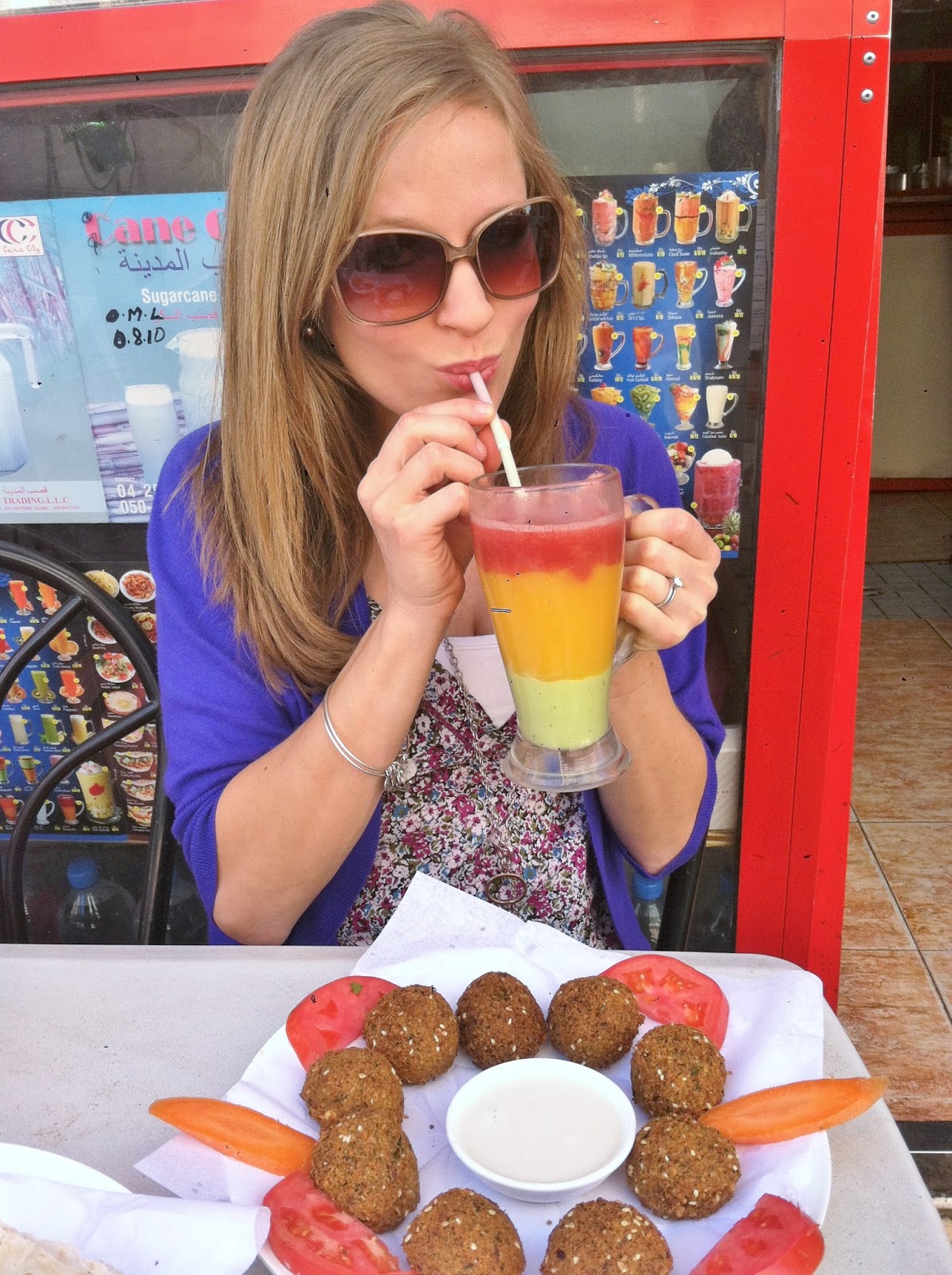 Old Dubai
Old Dubai was so interesting.  Because it is a predominantly Muslim country, I was conscious to keep my knees and shoulders covered; Matt and I didn’t display affection by holding hands as we tried to not stick out (despite our blonde hair and fair skin).  Dubai has many rules that are enforced with high fines if caught.  No public display of affection, indecent dress, public drinking, dancing, or the use of profanity are just a few.  Even if you go to a restaurant, alcohol is not permitted to be served and carrying unopened beer or wine on the street can result in a high fine.

I loved walking around the old Dubai section and being a part of a culture that is significantly different from our own.  The food was AMAZING, and so inexpensive; we love Middle Eastern/Indian food, so we were in heaven!  Of course we did stick out eating everything with UTENSILS instead of our hands! Lol! 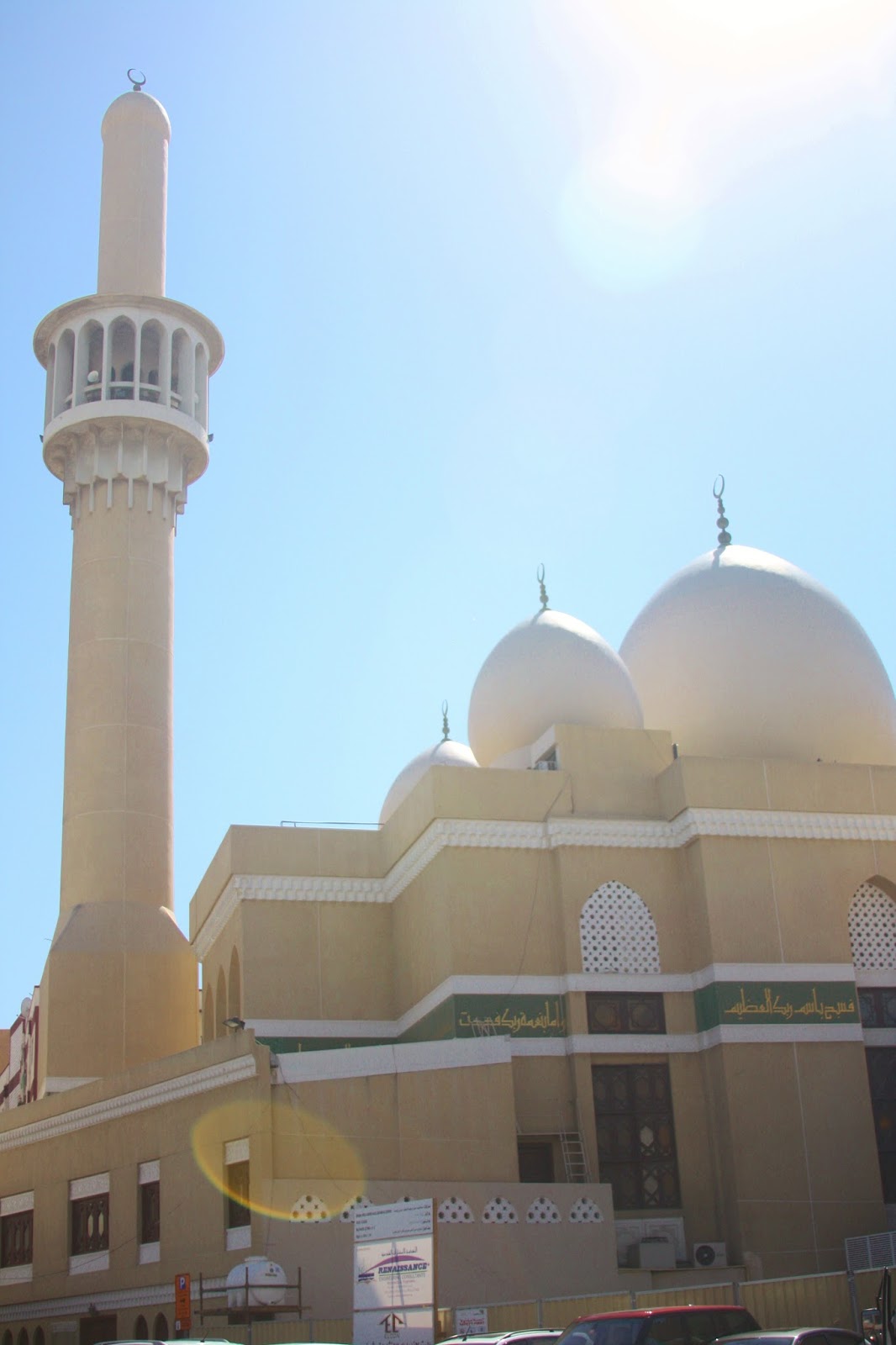 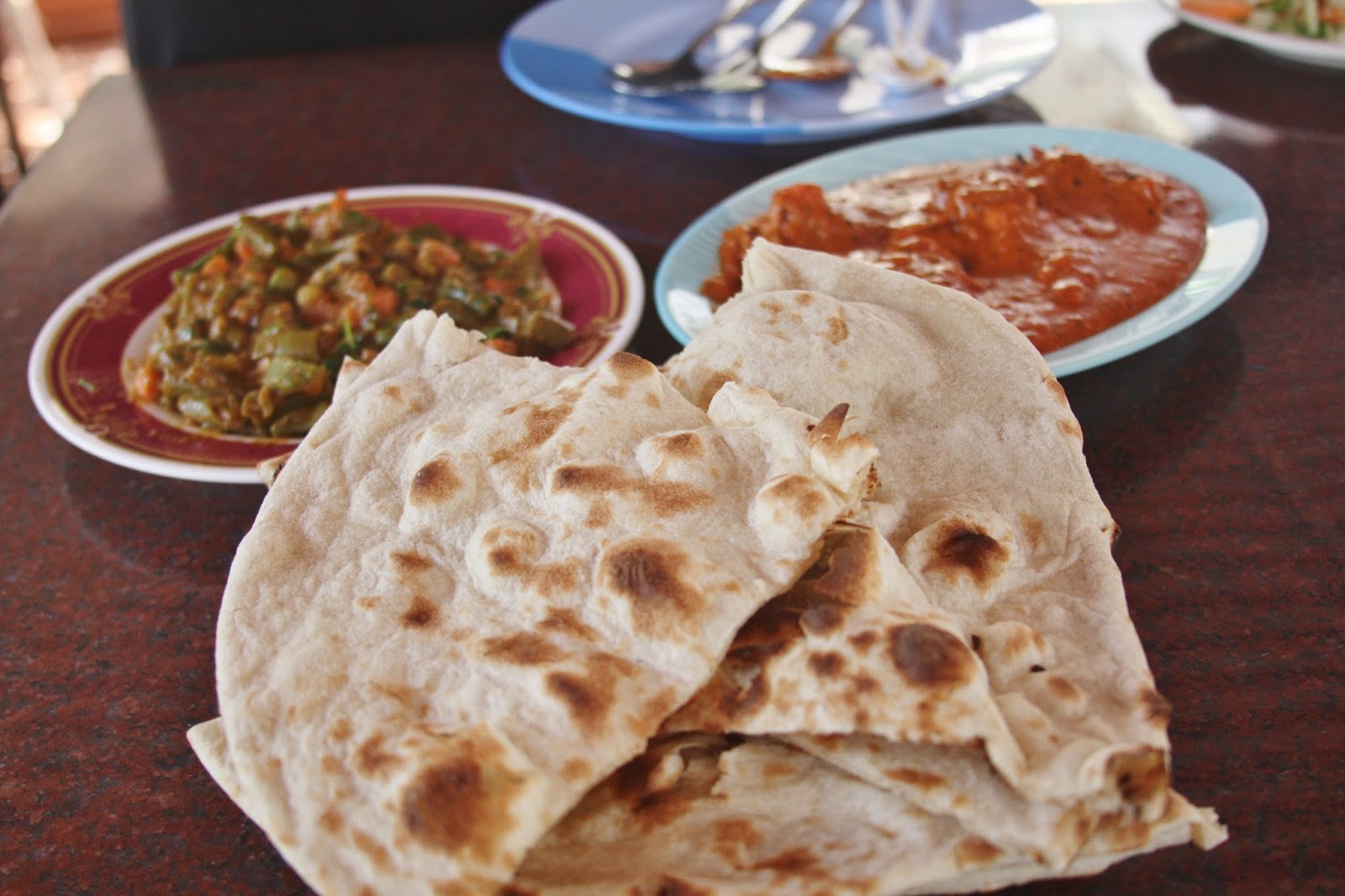 The Palm & New City
The Palm was much more westernized and VERY expensive.  We decided to try out an Airbnb, which was much more uncommon to use back then, and were disappointed to find that we were staying in an extra room of an Austrian’s apartment; something that wasn’t made clear to us when we booked the accommodations.  However, he lived right on the water and we were able to access the complex’s pool and beach, which was gorgeous and very relaxing!  But when we decided to go out to explore, it was virtually impossible to walk anywhere... we had to get a taxi!  We did try walking from our Airbnb apartment to get to the local grocery store to pick up some snacks, but there weren’t sidewalks in most places and we almost got run over a couple times by different Lamborghinis'! Lol! So we ended up taking taxis to see the main attractions: the Dubai mall (biggest mall in the world including a ski hill and aquarium), the Burj Khalifa (tallest building in the world),  Burj Al Arab Jumeirah (the only seven star hotel in the world).  Taxi’s were surprising cheap because of all the oil they have, which makes gas super cheap, so no big deal.  It was all extravagant and different, but not our style. ;-) 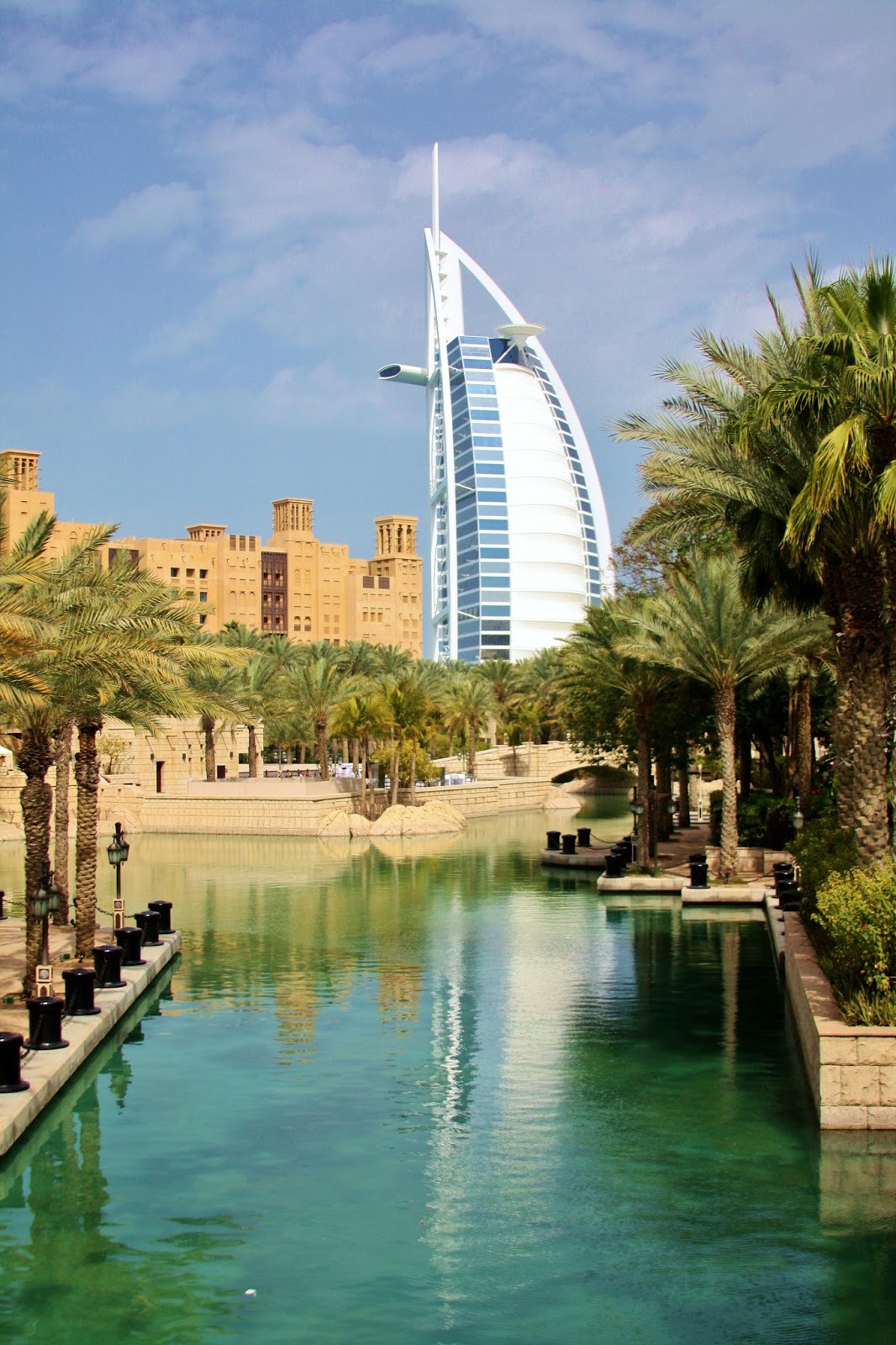 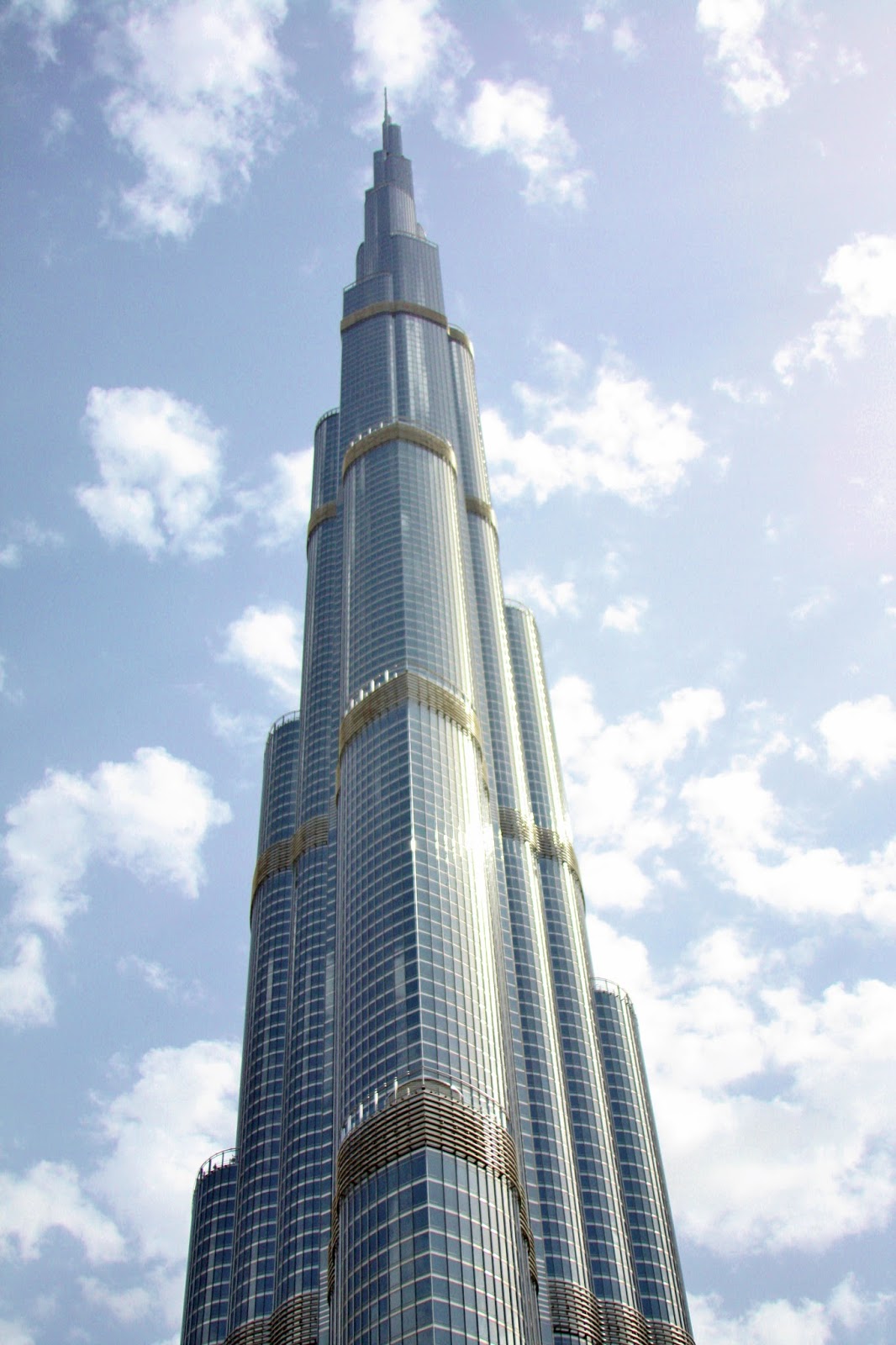 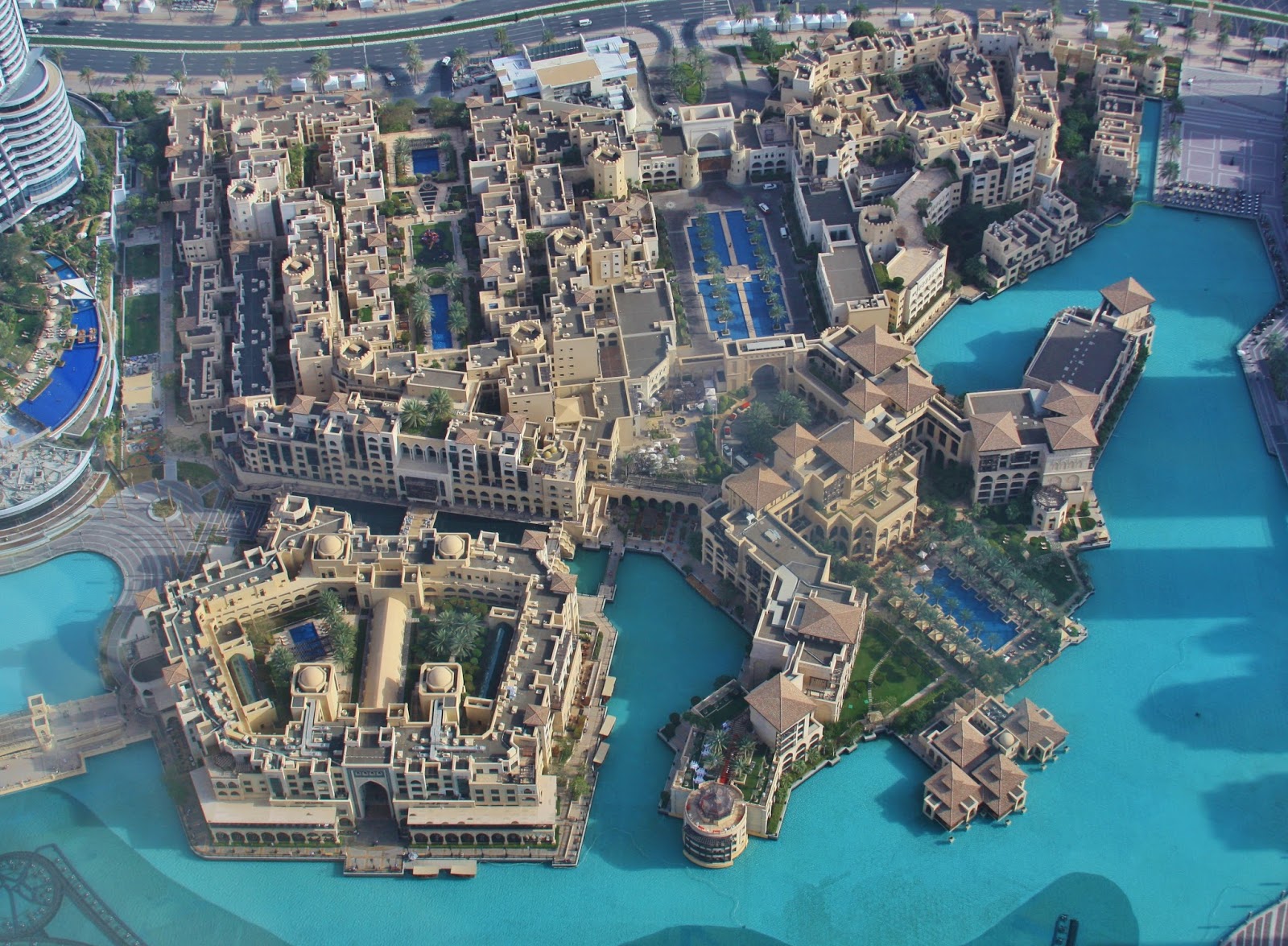 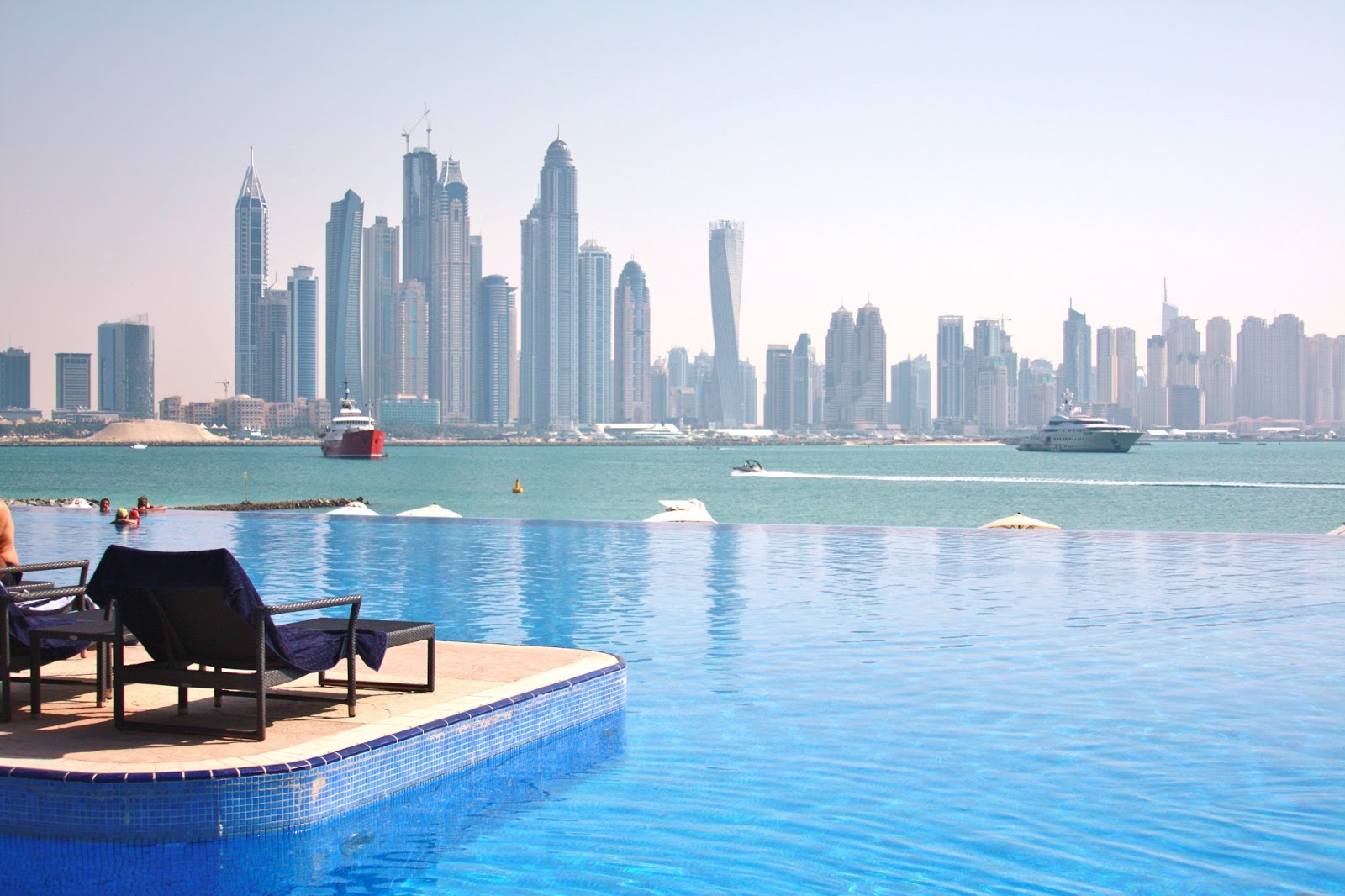 Dessert Safari
One of our favorite experiences in Dubai was the dessert safari, which we booked as an excursion out of a hotel we weren’t staying at but allowed us to join them.  Since I was pregnant, I couldn’t do the sand dune 4x4 wheel drive "dune bashing", so we opted to do a camel safari ride instead.  Not thinking, I was PREGNANT, I hopped on the camel and squished between the camel’s two humps, which was soooo uncomfortable with the camel’s hump digging into my bump! ;-) Still, the dessert view was beautiful, we watched a gorgeous sunset over the sand dunes, were fed a fantastic meal while watching a belly dancer, and I was able to get henna.  :) 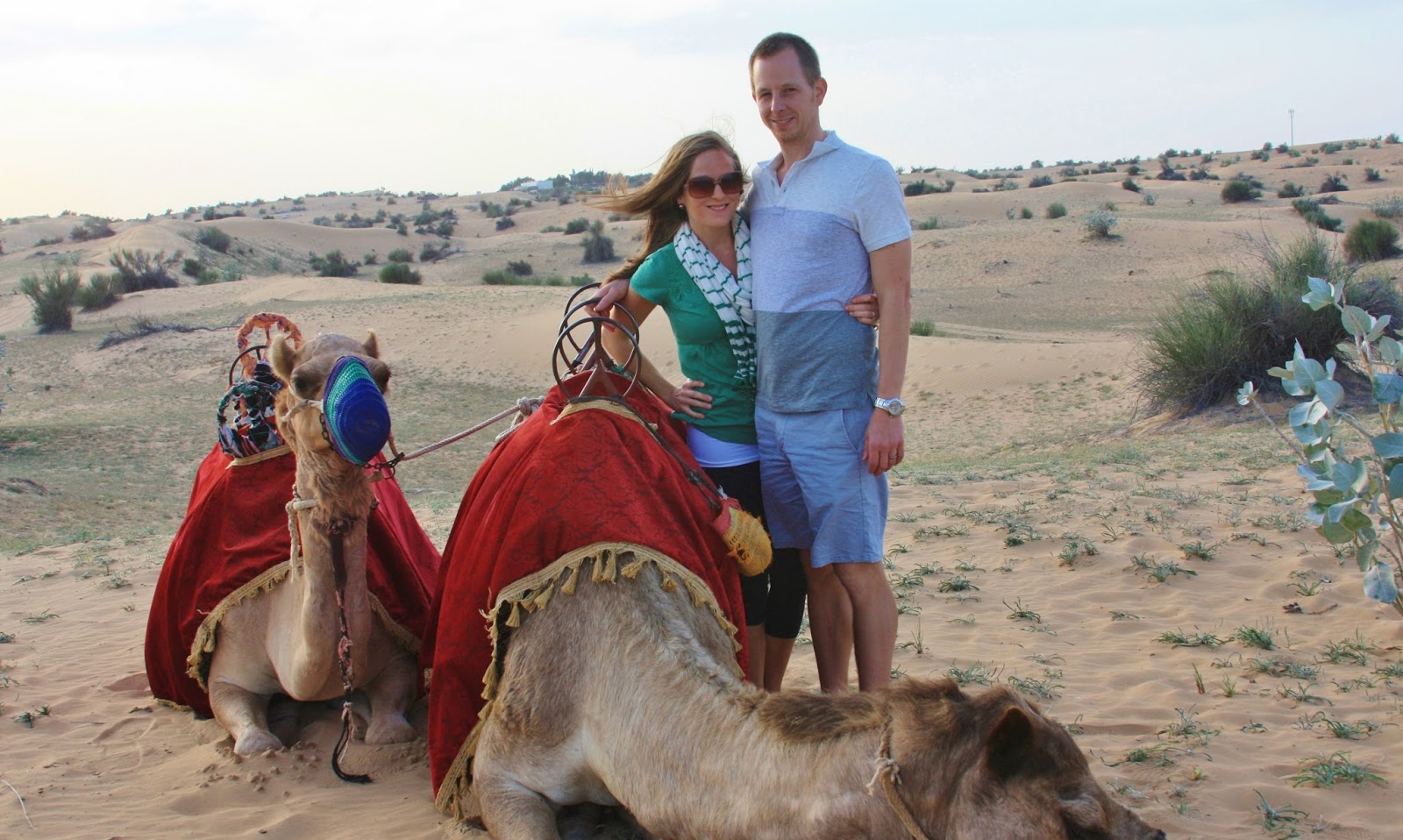 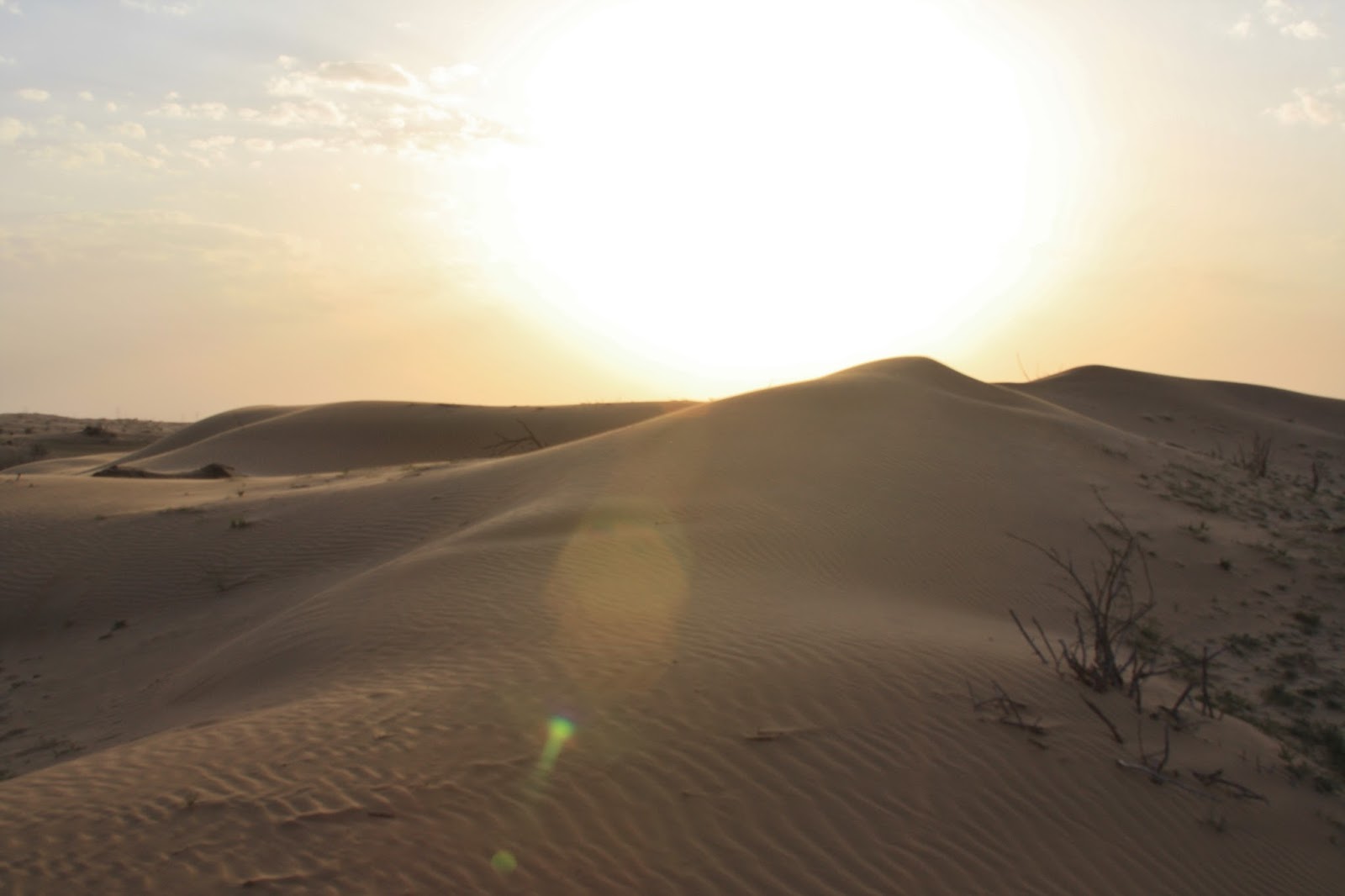 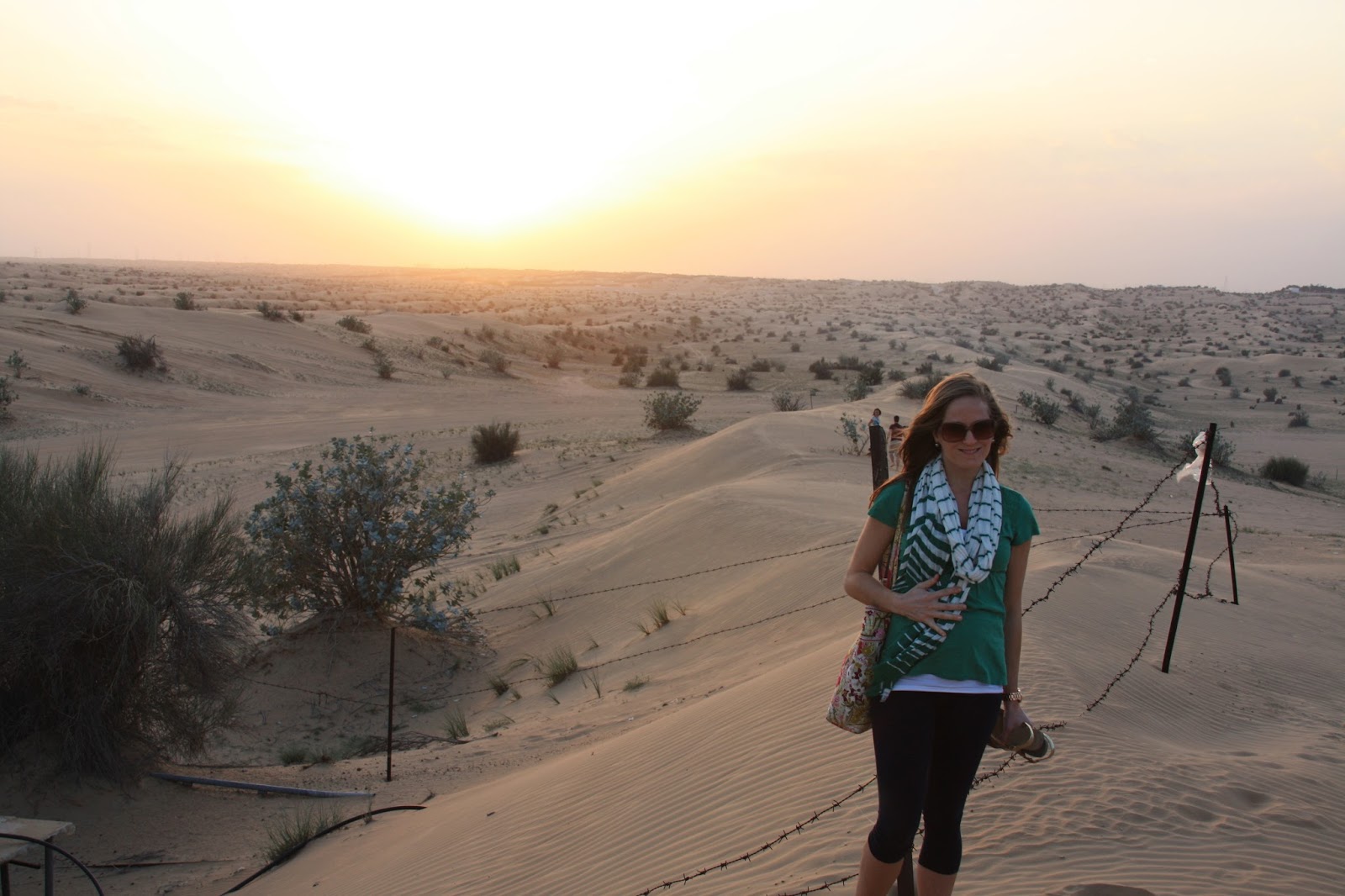 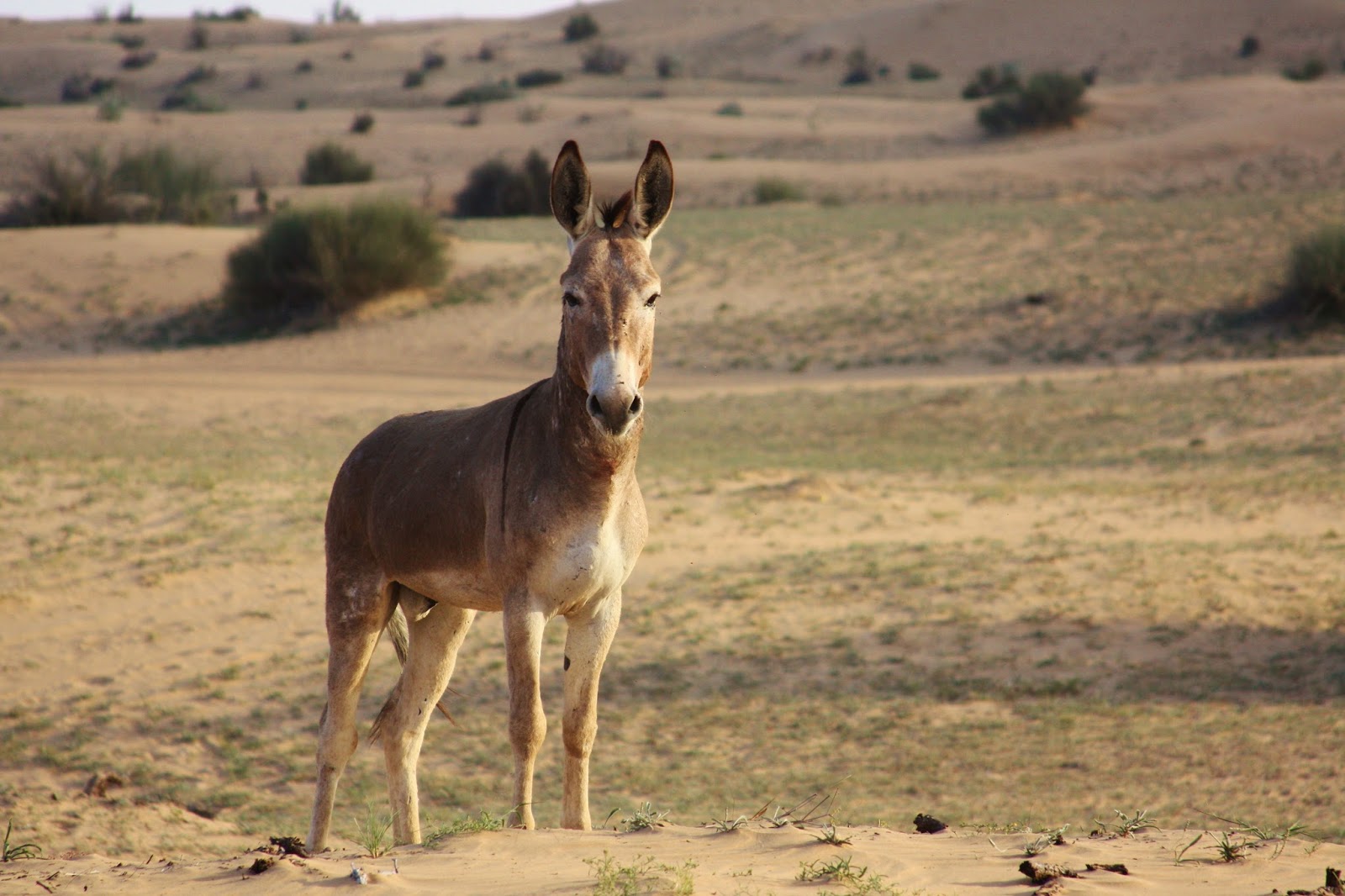 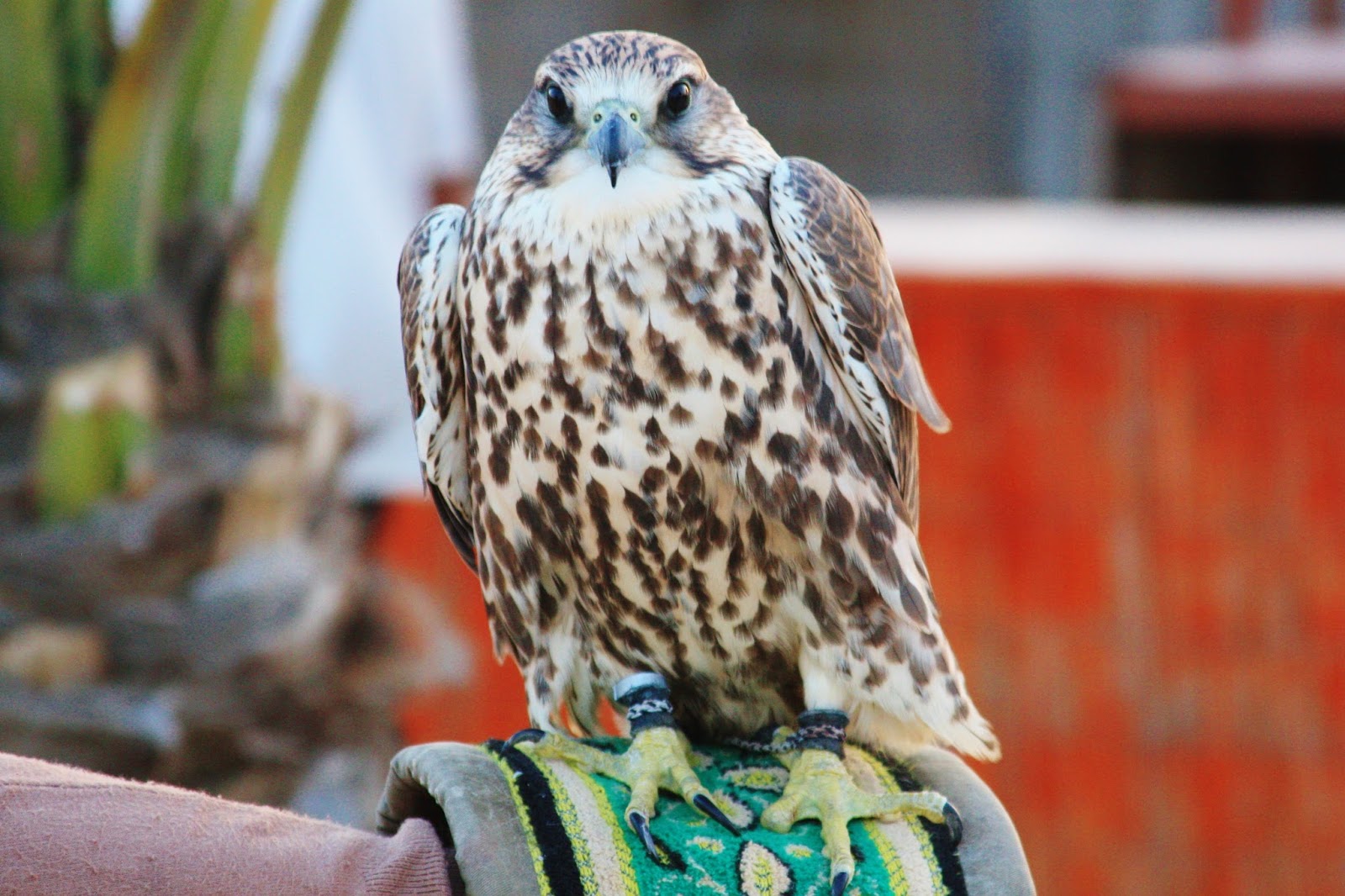 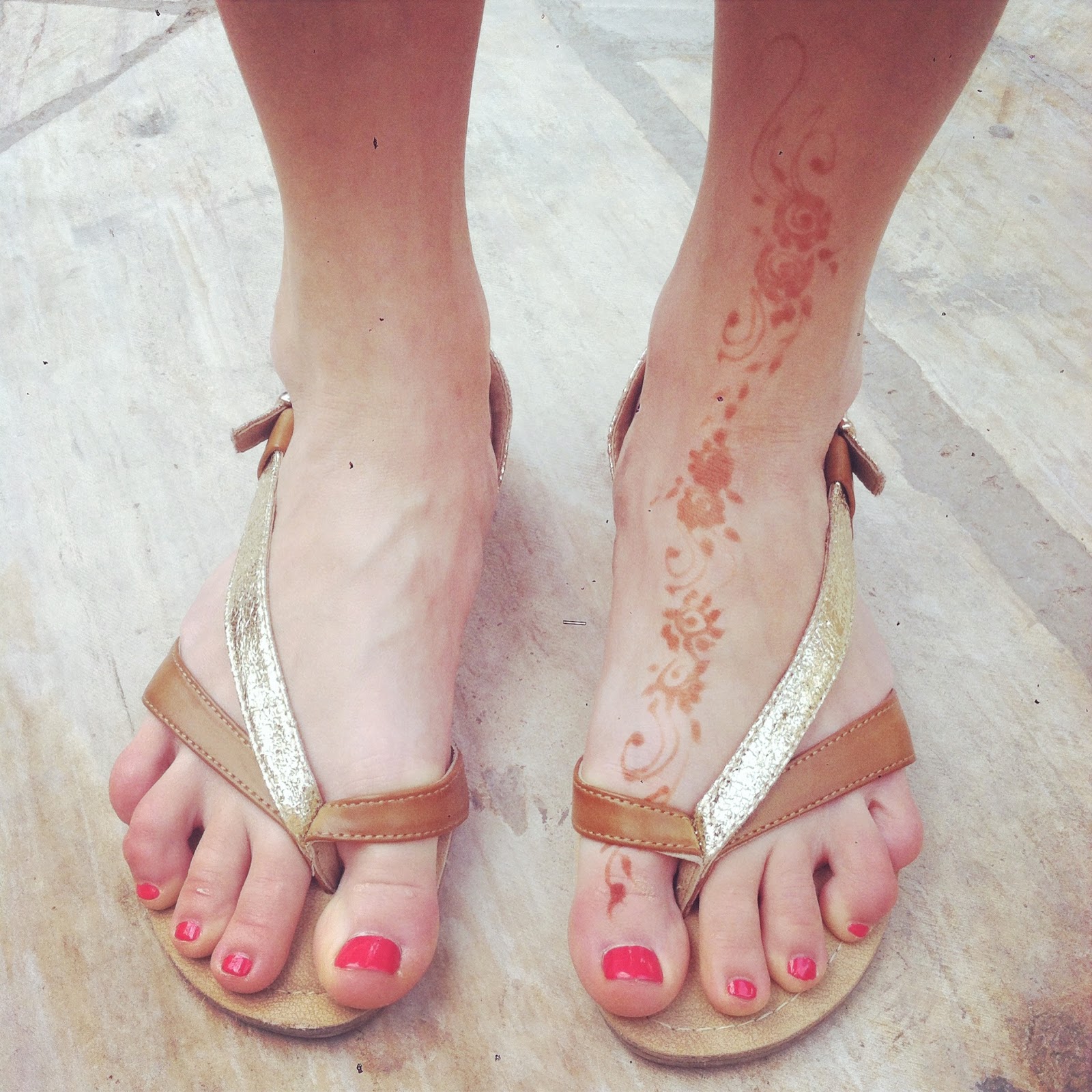 One day we WILL go on our African safari!  I'm sure it will be even better with our KIDS anyway! :)  And Dubai was such an interesting substitute trip!  We loved Dubai for the cultural contrast and amazing food, not to mention the opportunity to see some impressive man-made accomplishments!

Details:
Places: Old Dubai, The Palm
When: February 2014
Duration: 6 days
Weather: Hot, 80ish degrees Fahrenheit
Transportation:
Taxi (around the Palm and city)
Monorail (from airport to old town Dubai, and to new section)
Boat Water Taxi (to different sections in old Dubai)
Accommodations:
Old Dubai: Barjeel Heritage Guest House
The disparity of Dubai is incredible. I would think most people visit to see the big buildings, big malls, and big palm tree islands. We actually enjoyed the old part of the city the most, and this hotel is the perfect hotel to see it. Location is fantastic for this; it's right on the metro line (literally right behind the station; it's super confusing to find just because it's so close), and graces the shore of the Dubai Creek. This is the walk-able part of Dubai, where there are lots of excellent cheap restaurants, shops and loads of culture.
The hotel itself is a "heritage house", which is in the theme of the original settlements of the area... super cool! Arabian themed rooms are not your typical hotel experience. The only downside to the rooms are the lack of a view; the type of windows don't lend to nice visas. The courtyard is charming, and there aren't many rooms, so it isn't a crowded place. The staff is very nice and the breakfast was very nice. Overall, very recommended! We were always happy to come home to this place after a long day!
Room Tip: Make sure you keep the "water heater" switch on, or your shower will be cold!
The Palm: Airbnb (not recommended)
*Linked are our tripadvisor review!
Highlights: Eating in Old Dubai section, Dubai mall (biggest mall in the world including a ski hill and aquarium), the Burj Khalifa (tallest building in the world),  Burj Al Arab Jumeirah (the only seven star hotel in the world)