We've been keeping a secret from you and it's finally time to spill the beans!!


I honestly didn’t think I would have to write this post for another year or so, but…. we are expecting baby #3!!!  Although, not planned, we are over the moon with excitement because we are SURE that God orchestrated this whole thing to happen in His perfect timing! ☺ 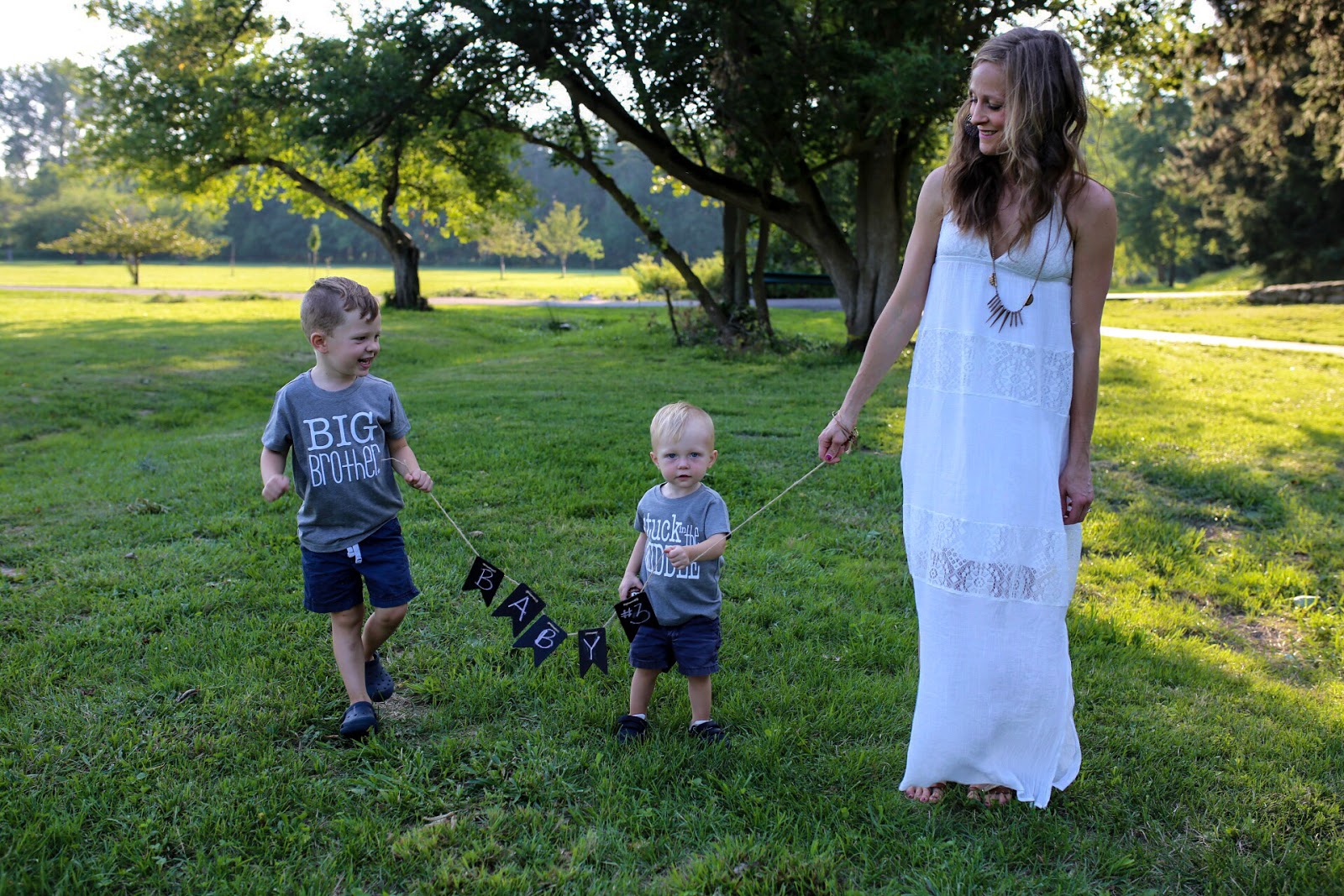 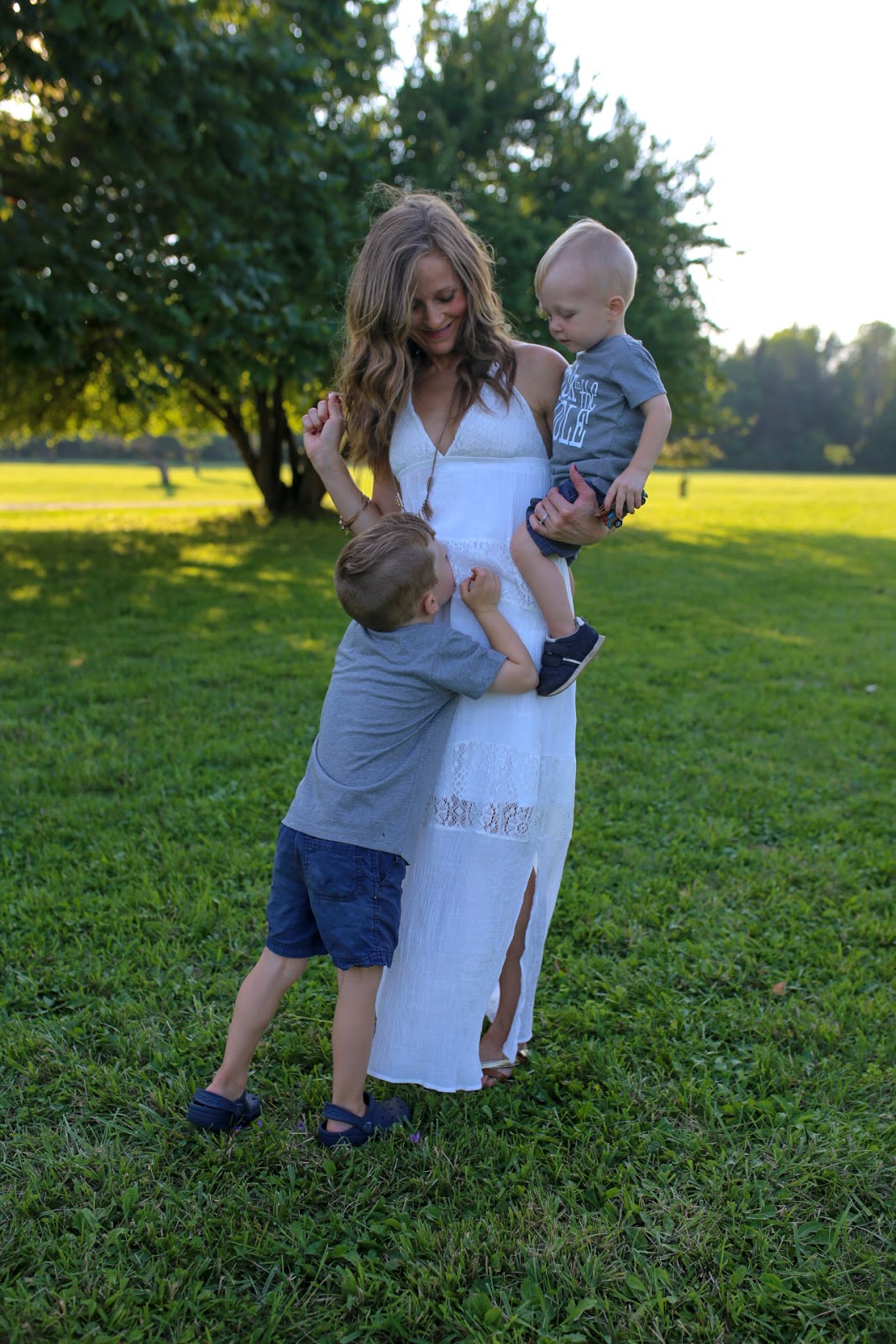 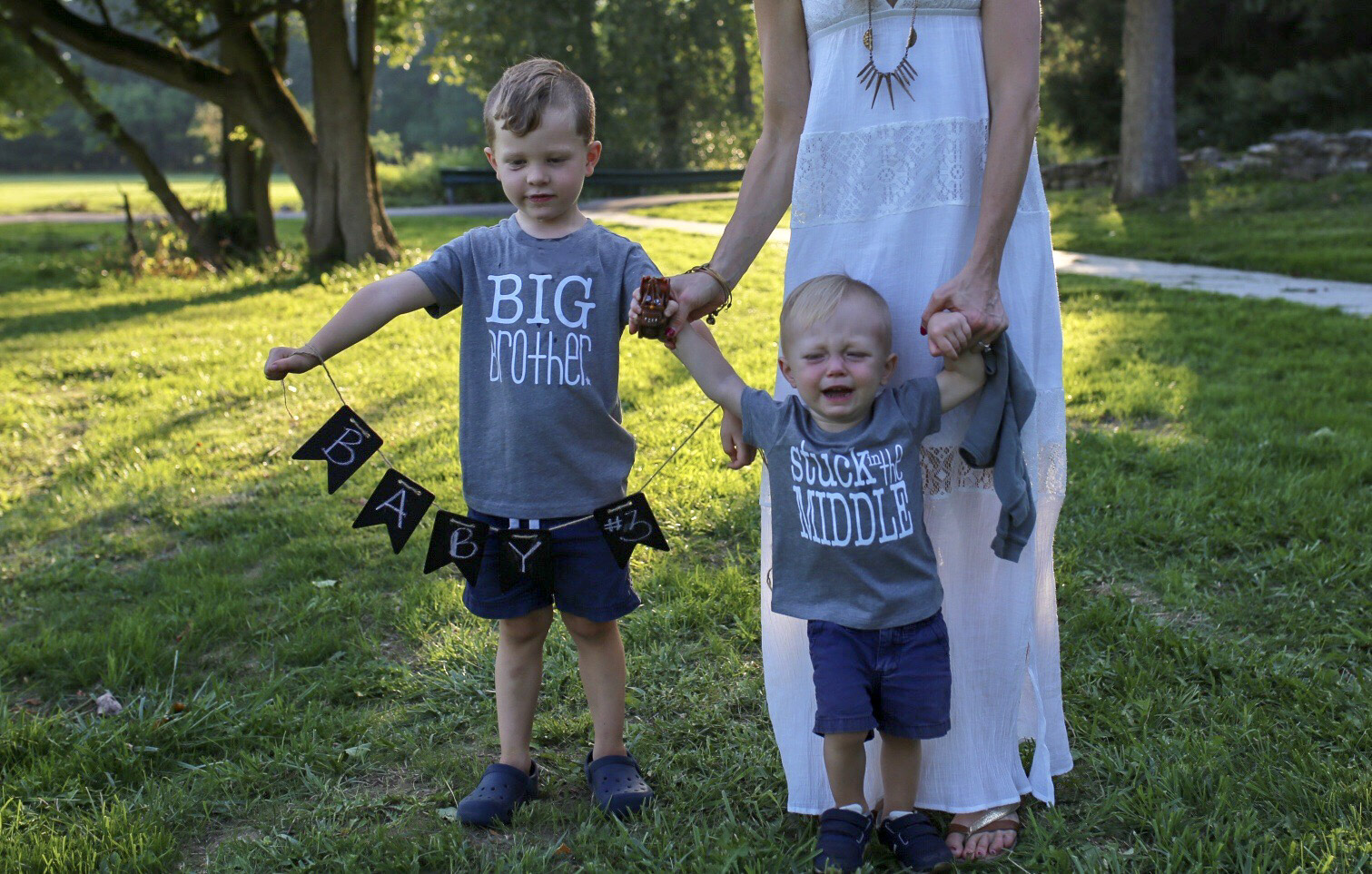 How we found out:
I wasn’t feeling like myself.  Matt had gone to a concert one night and I always stay up until he gets home, even if it’s super late because I really can’t sleep unless he is next to me.  (Fun fact: we’ve been married almost 10 years and still haven’t spent a single night apart from each other.  Now it’s getting ridiculous and neither of us wants to break the streak, so we just work things out that we are always together. Every. Night.)  Anyway, I fell asleep while waiting for him to get home, I was exhausted, and the last time I felt that tired was when I was pregnant with Christopher!  I also noticed that while teaching my spin class that afternoon I was STRUGGLING!  Teaching the whole class seemed way harder than it normally does and I was having a hard time reaching my normal “stats”- something I also hadn’t felt since my pregnancy.  So that next morning Matt was telling me about the concert and he could tell I wasn’t listening to a word he was saying… my mind was spinning… could I be PREGNANT!?  Finally, I went upstairs and took home pregnancy test.  Of course, both boys were having melt downs and Matt was trying to calm them down when I walked out of the bathroom and showed him the result.  He didn’t believe it at first.  Told me it was probably a false positive, and then sarcastically said “Well isn’t THIS romantic!” lol.  I’m sure some of you recall finding out that you were pregnant with your first: the house is quiet and everything seems so romantic.  For us, this time was comical.  Boys screaming simultaneously, and Matt and I getting the news that would change all of our plans for the next year!!! 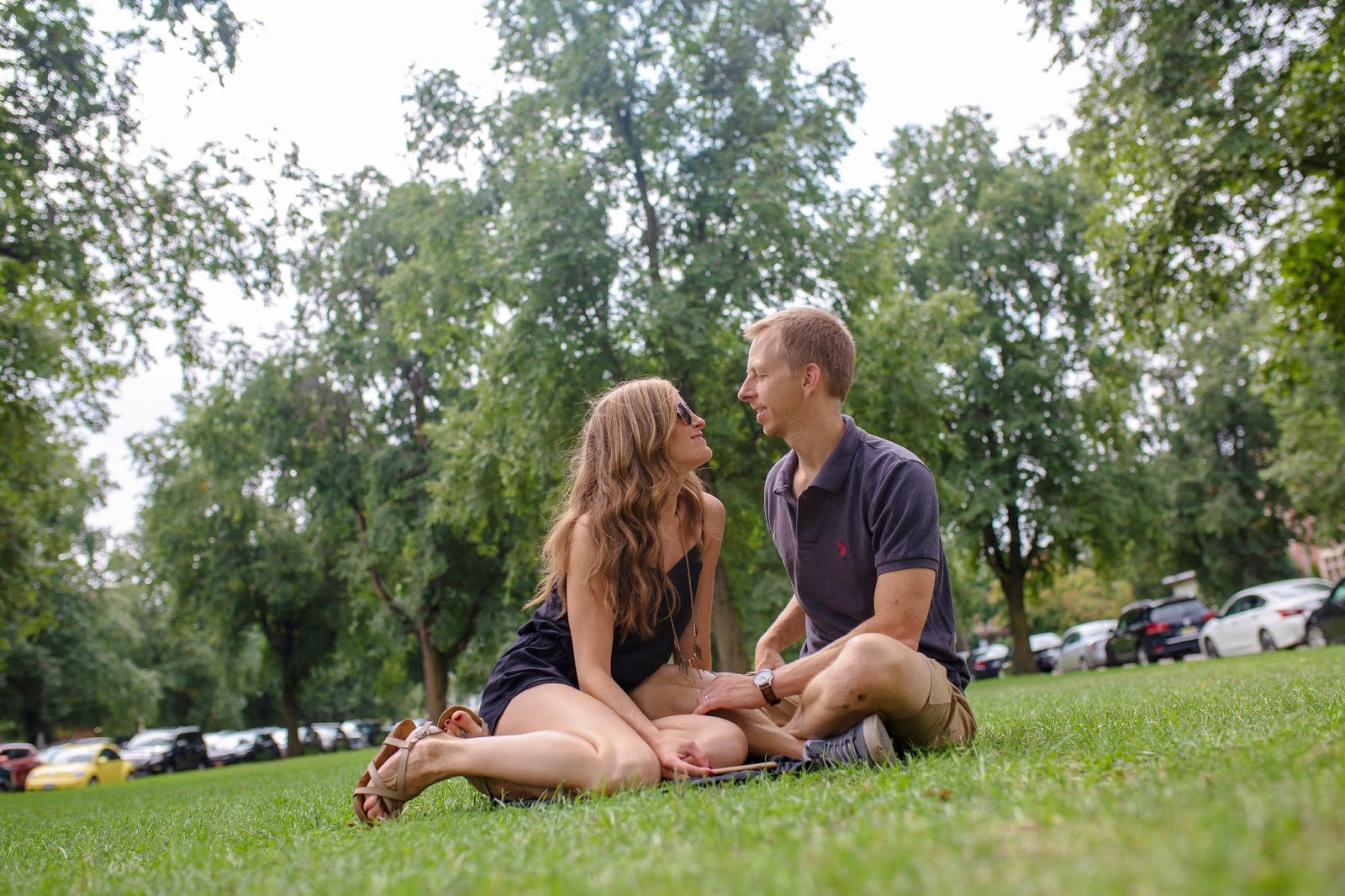 New Home:
Just the day before “finding out”, Matt and I were going to put in an offer in on a huge fixer upper (think, worse than any house you’ve seen flipped on HGTV).  We were emotionally invested in the house (it was on our dream street) but it only had three bedrooms!  All of a sudden, our desire to buy the house was removed.  We didn’t want a three bedroom house, we wanted a FOUR bedroom house.  We didn’t want a fixer upper, we wanted move in ready!!!  It’s amazing what one little plus sign can do for your whole outlook.
We started talking about a new idea.  There already was another house for sale on the very same street.  It had 4+ bedrooms and it was move in ready.  Also, they had just dropped the price and were hosting an open house that weekend.  We went to look at it and fell in love.  We bought the house the very next day.

How cute are the boys shirts from Paisley Prints!? 😍

What this means for our travels:
Of course kids have never stopped us from traveling before!!!  We still plan on traveling as much as possible and I can’t wait to share with you what it is like to travel with THREE kids… we will be outnumbered!!!  While pregnant, I have already traveled to Banff (battling morning sickness and the first trimester exhaustion… watch out for my post about traveling in your first trimester of pregnancy.)  And we are heading to Japan this October (right around the time we plan to move into our new house!) AH! J  I’m also hoping we’ll squeeze in one more trip before the baby.  Maybe a babymoon?  (HINT HINT Matt Carson J)  Of course we’ll have to scratch a bunch of places off our winter vacation list with the Zika virus now (yes, that’s still a thing… and we actually both have to get tested for Zika because we were in Cuba in the past 6 months).  And then in April, our plan to celebrate our ten year anniversary in Paris will remain… although we may have to push it off another month and we will get to tote around a little newborn instead of my original plan to have a kid-free trip. ☺ 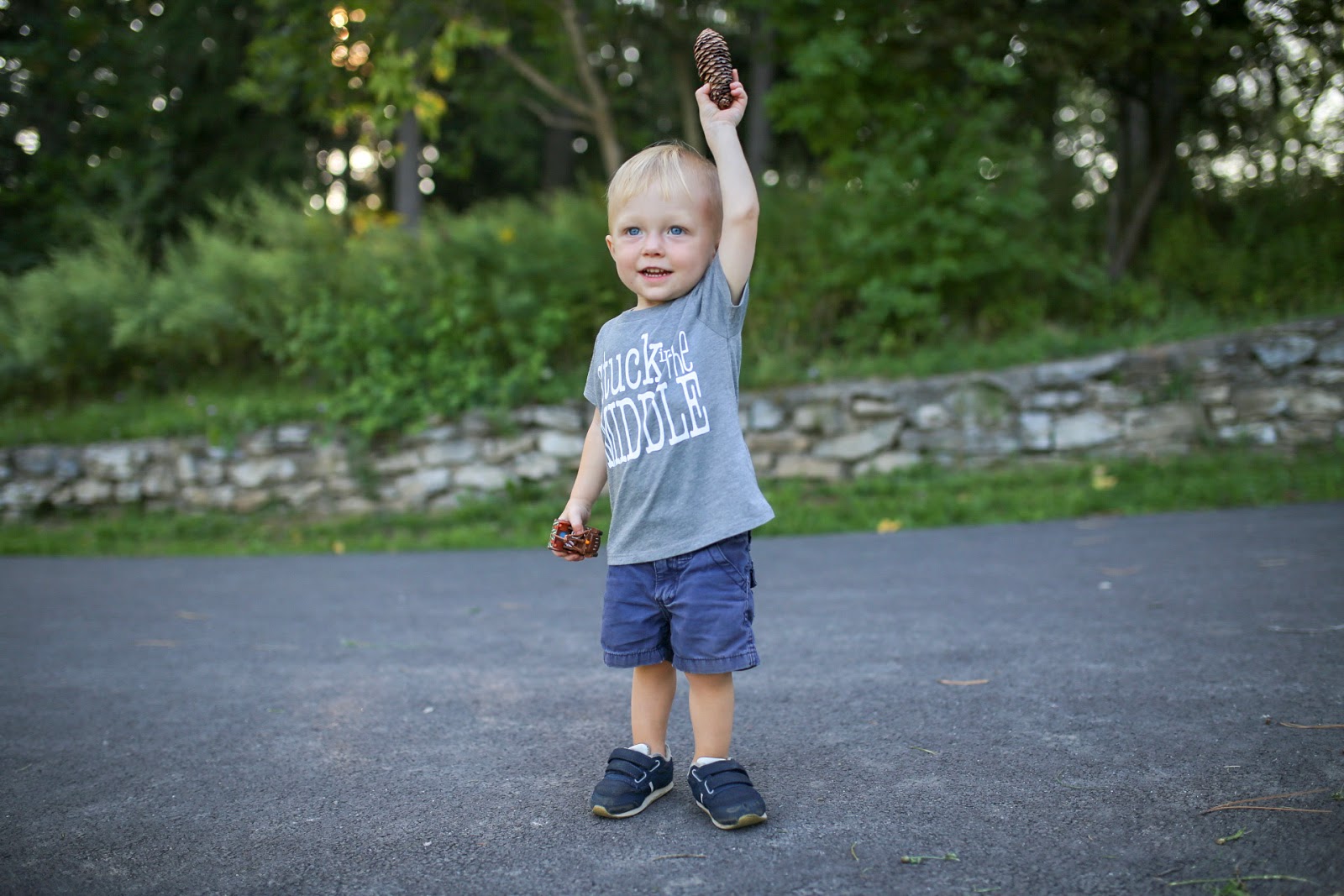 Anyway, I feel horrible I haven’t been able to write as much here, but I hope you all understand!!   We are so excited for everything that is coming up and I hope to document as much as I can (travel and personal) on this blog, so stay tuned!!  ❤
Labels: Personal