Let me preface this post to say that I feel completely unqualified to write about Disney World because I know so many of you are way more “in the know” than me about everything Disney. We aren’t seasoned Disney travelers but we did recently go just as the new Genie+ Pass was released about one month ago, so I figured I should share what I learned about it for anyone who is going in this next year and hasn’t used it yet. When we were in Magic Kingdom during February 2021 there was no “fast pass” lane (one of those strange COVID rules we will never understand) so we waited in long lines with everyone else at each ride. We were also required to wear face masks the entire time on the Disney property, even outdoors, and it was about 85 degrees, so hot and uncomfortable. The waiting and mask wearing definitely tainted Matt’s & my experience. Our kids, however, LOVED Disney and will still tell you to this day how amazing it is. 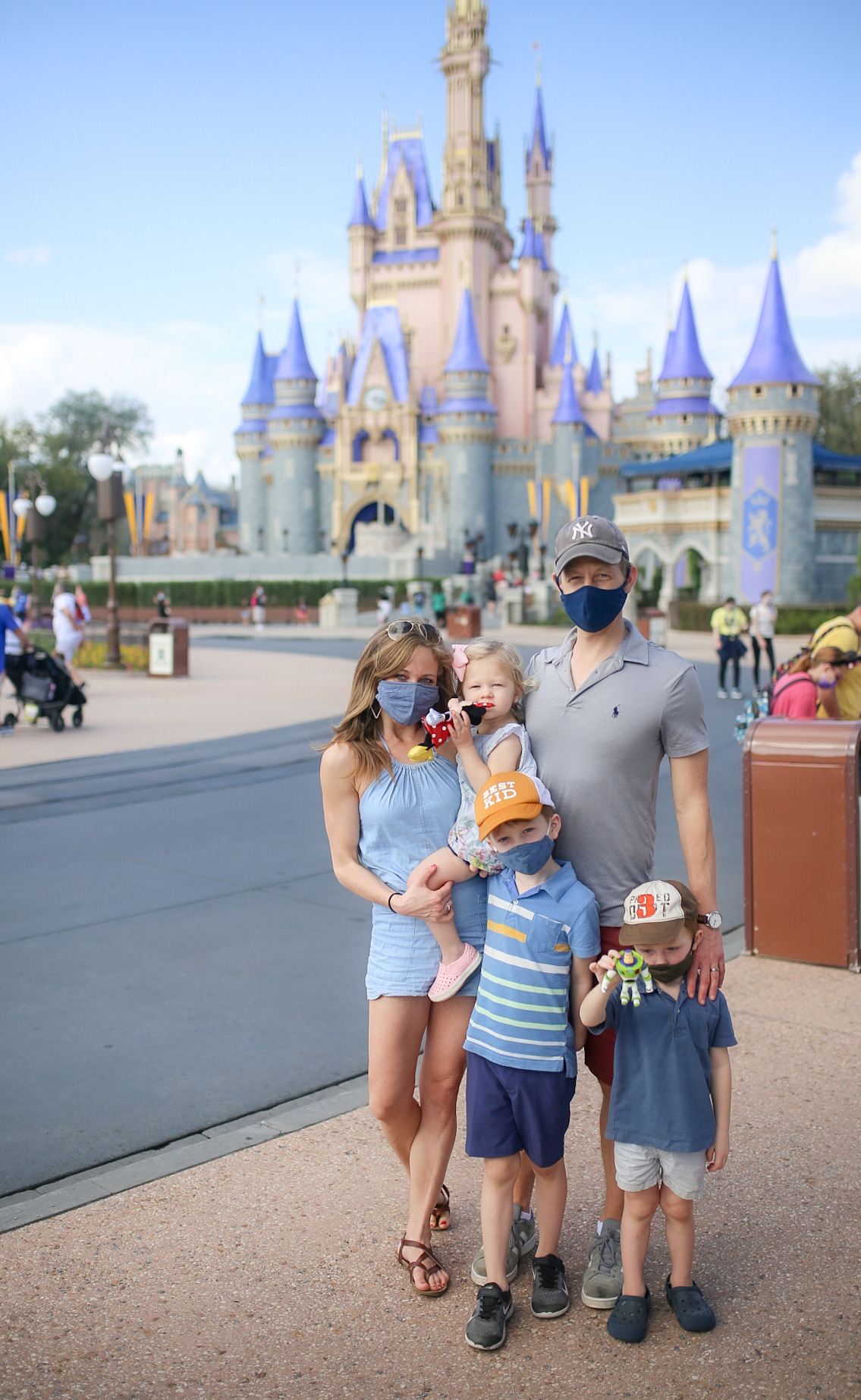 The kids were excited to visit Hollywood Studios because they’ve recently gotten into Star Wars and Matt and I decided now was the time to go since Charlie was still eligible for a free ticket.  That’s right, kids under three are free at Disney World, which is so nice because boy is it expensive. We binged watched all the Toy Story and Star Wars movies that were appropriate for 7 and 5 year olds and got super excited to visit Hollywood Studios- especially Toy Story Land and Star Wars Galaxy Edge. 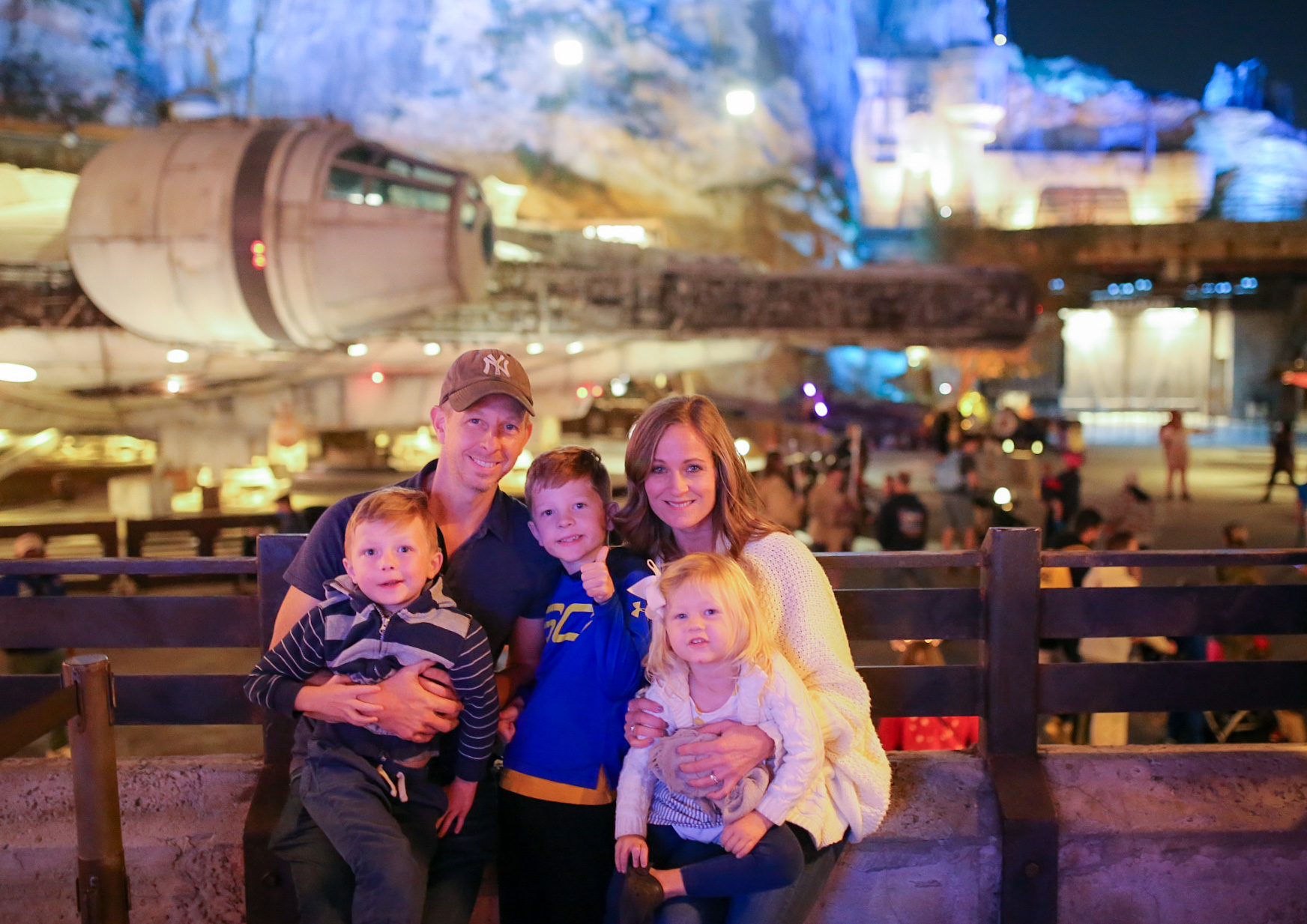 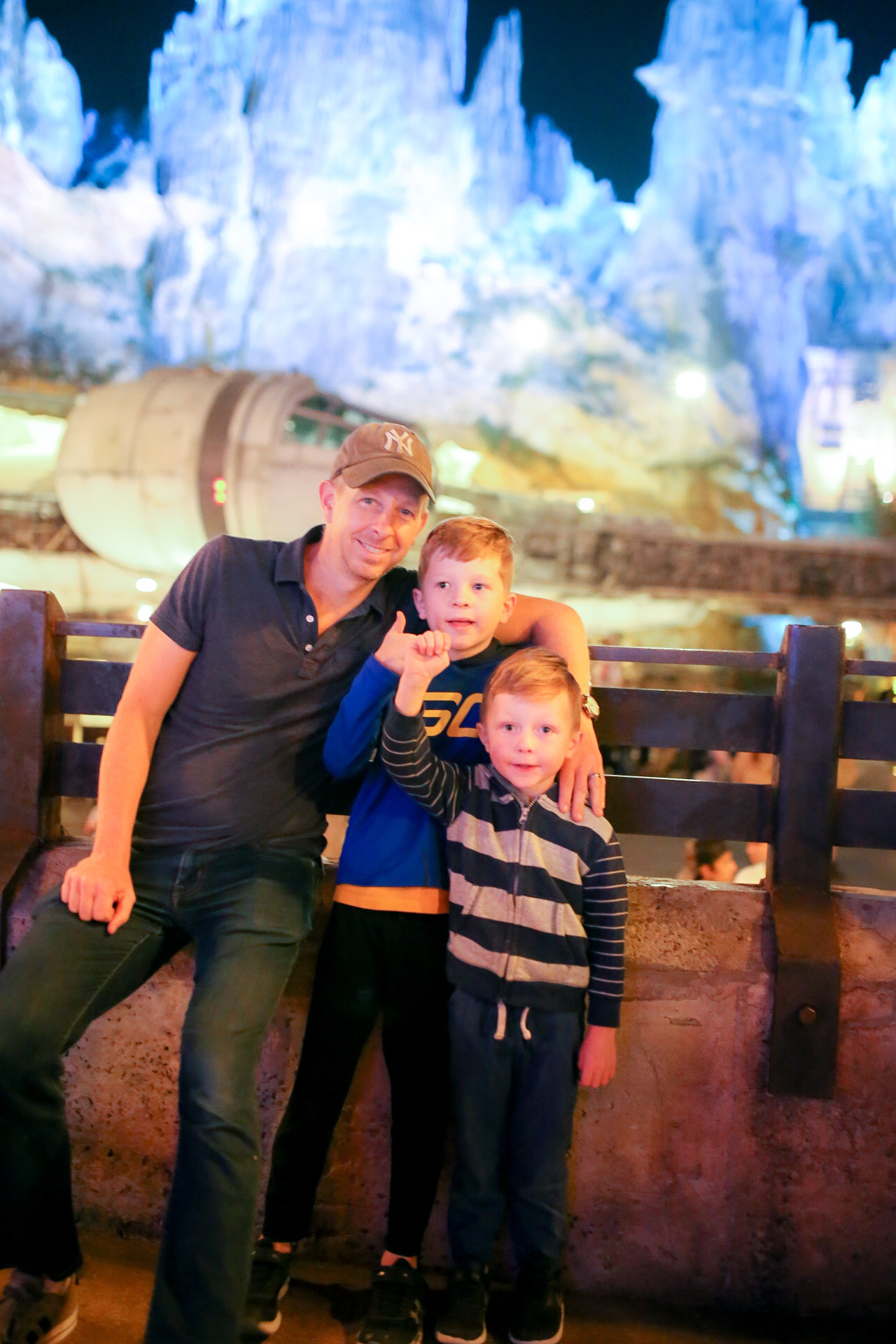 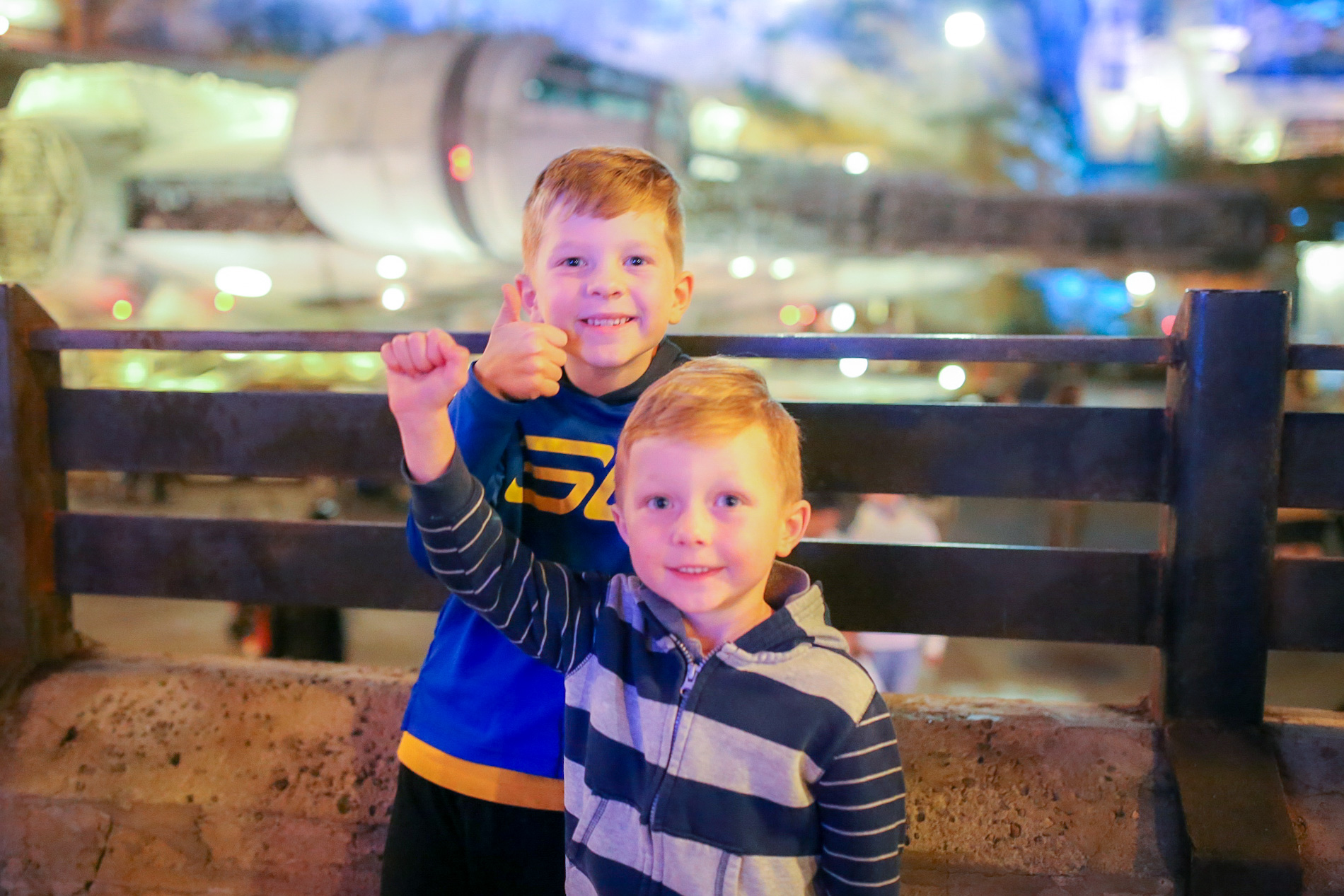 On top of our ticket prices we paid an extra $15 per person to get the “Genie+ Pass” which is basically like the old “Fast Pass” but it costs money now. 😏Luckily our friends were at Disney a few days before us so they were able to give us a heads up as to how it works. Basically, you download the Disney App, wake up at 7am to log into your app and reserve a “lightning lane” (fast pass) timed ticket for one ride.  Every two hours (or as soon as you use your lightening lane reservation) you can reserve another ride and there are only a limited number of spots available so popular rides’ lightening lane tickets sell out fast. The Mickey & Minnie and Rise of the Rebellion rides cost an additional $8 per person to reserve a lightening lane ticket. We didn’t do that. Matt thinks each day there is a different ride that requires you to pay extra, but we aren’t positive about that.

A little trick Matt did, besides waking up at 7am to reserve our first lightening pass, is setting his phone alarm every two hours throughout the day to remind himself to select another set of lightening lane tickets. It all worked out pretty well and we were able to go on every ride we wanted so I’d call the day a success! 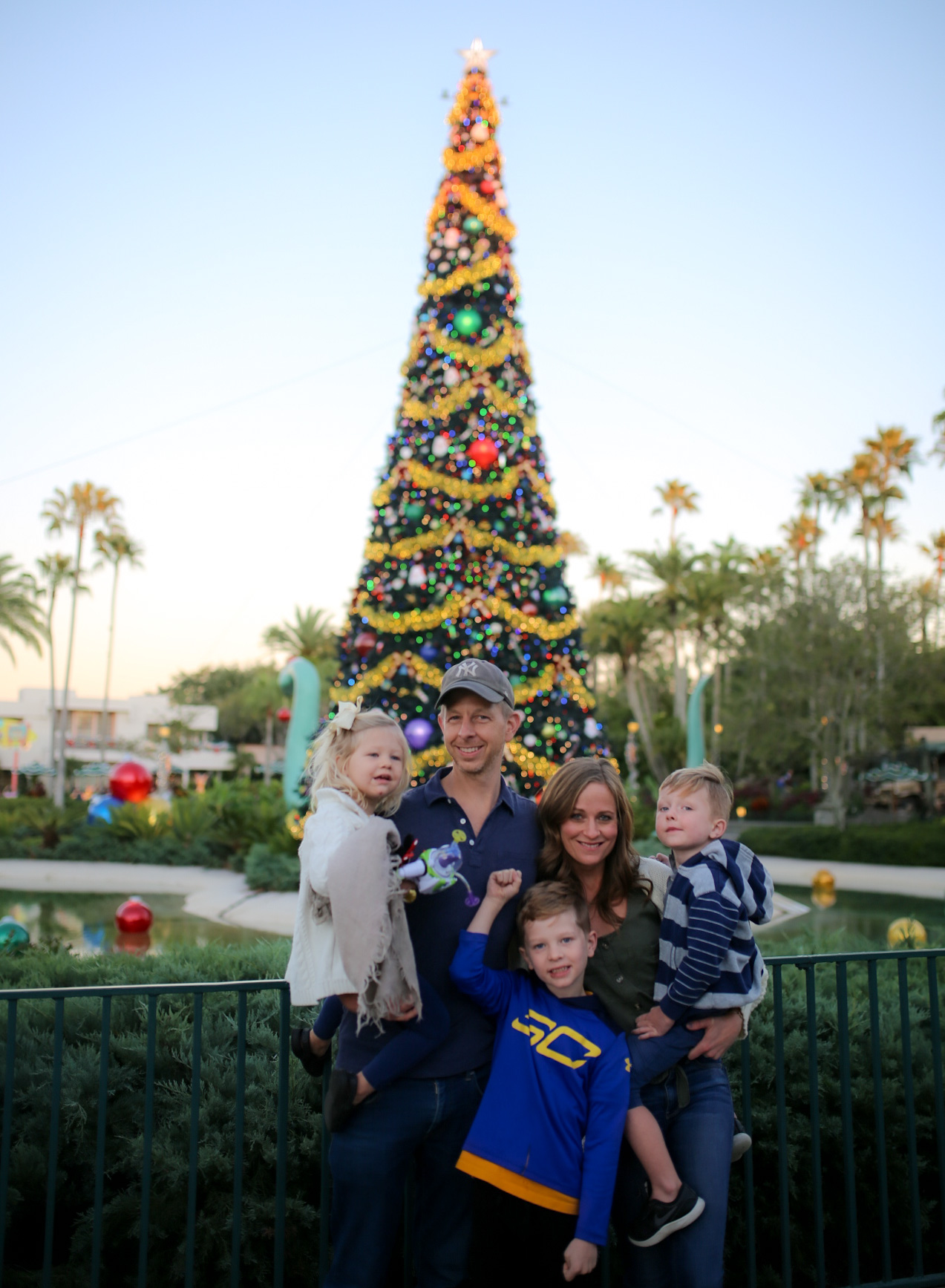 Another way you can use the lightening lane is when you need a rider swap. This happened to us a lot because Charlie was too small to ride most of the rides so I would have to wait with her while Matt and the boys rode the ride. I, however, LOVE amusement park rides so I was sad to miss out. At the entrance of the ride we could scan my Disney ticket and one of the boys’ tickets to ride with me. So after Matt and the boys finished a ride, one of the boys could join me and do the ride again in the fast lane.  Some workers even let both boys come back on with me. 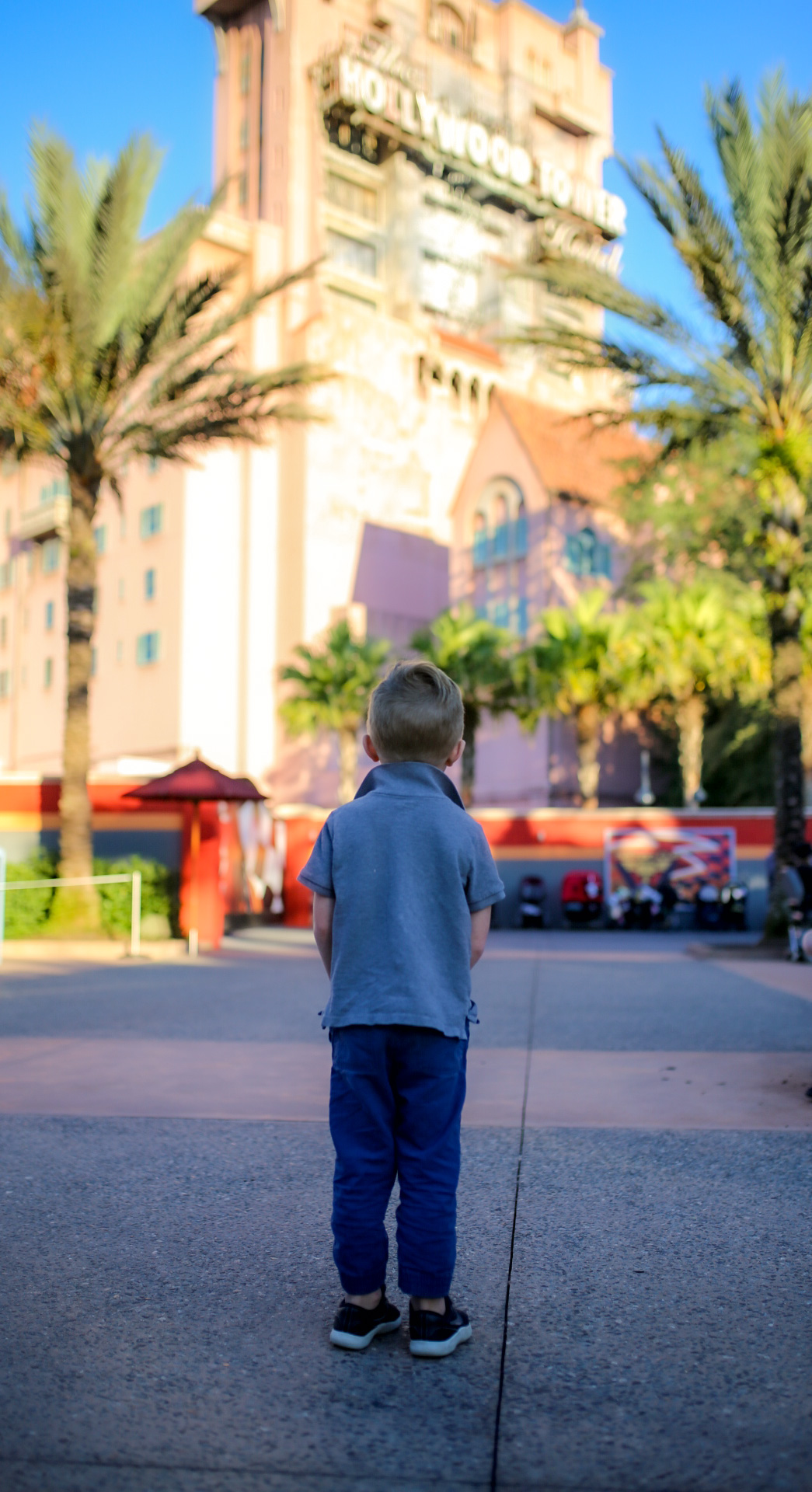 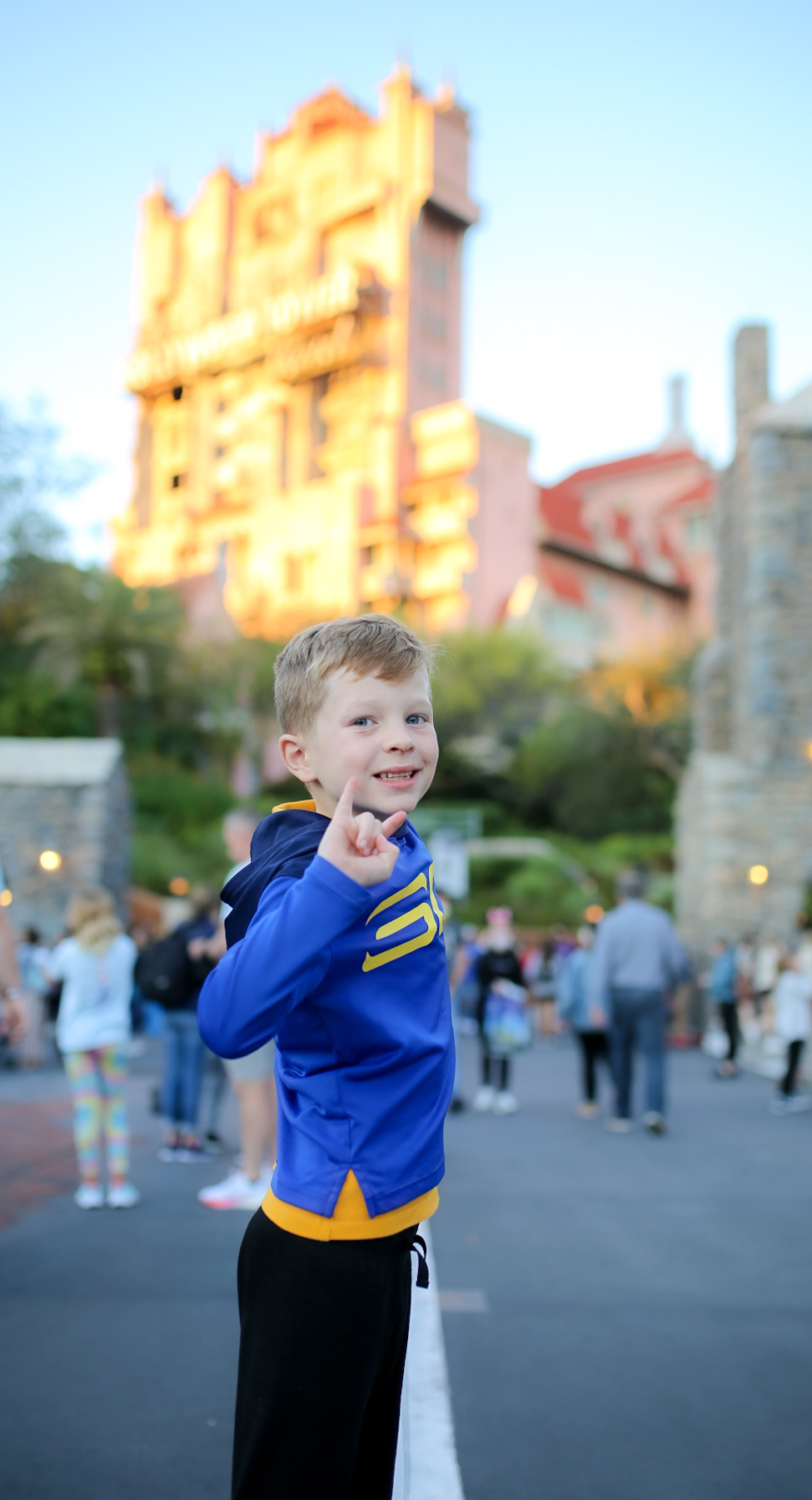 By the evening, the park cleared out and we were about to get on some of the longer wait rides much faster which was great, but it certainly made for a long day. Fortunately for us (meaning Matt and I 😉) Hollywood Studios was our only park so we were able to pack in everything and stay until the very end knowing that we could sleep in the next morning. 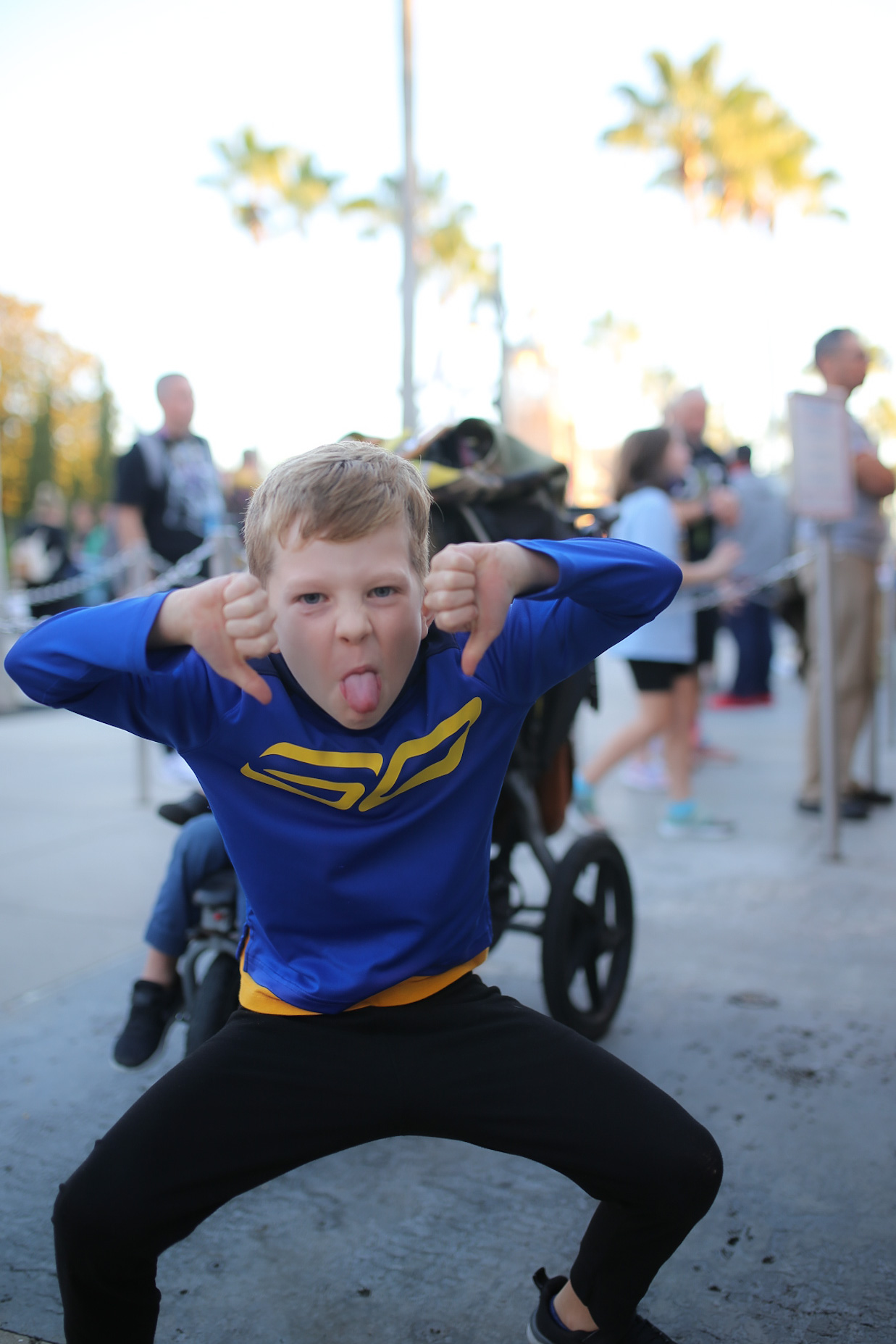 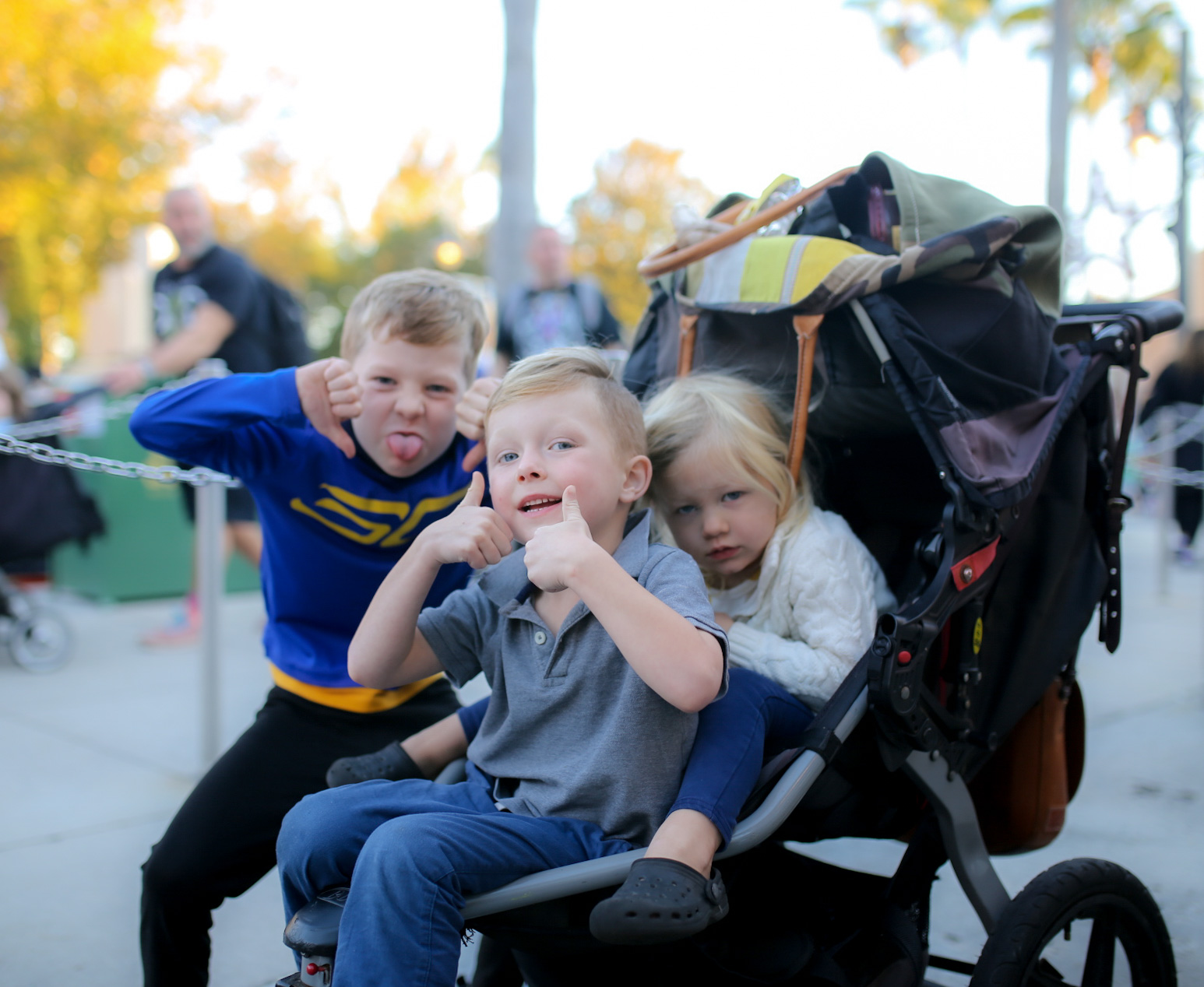 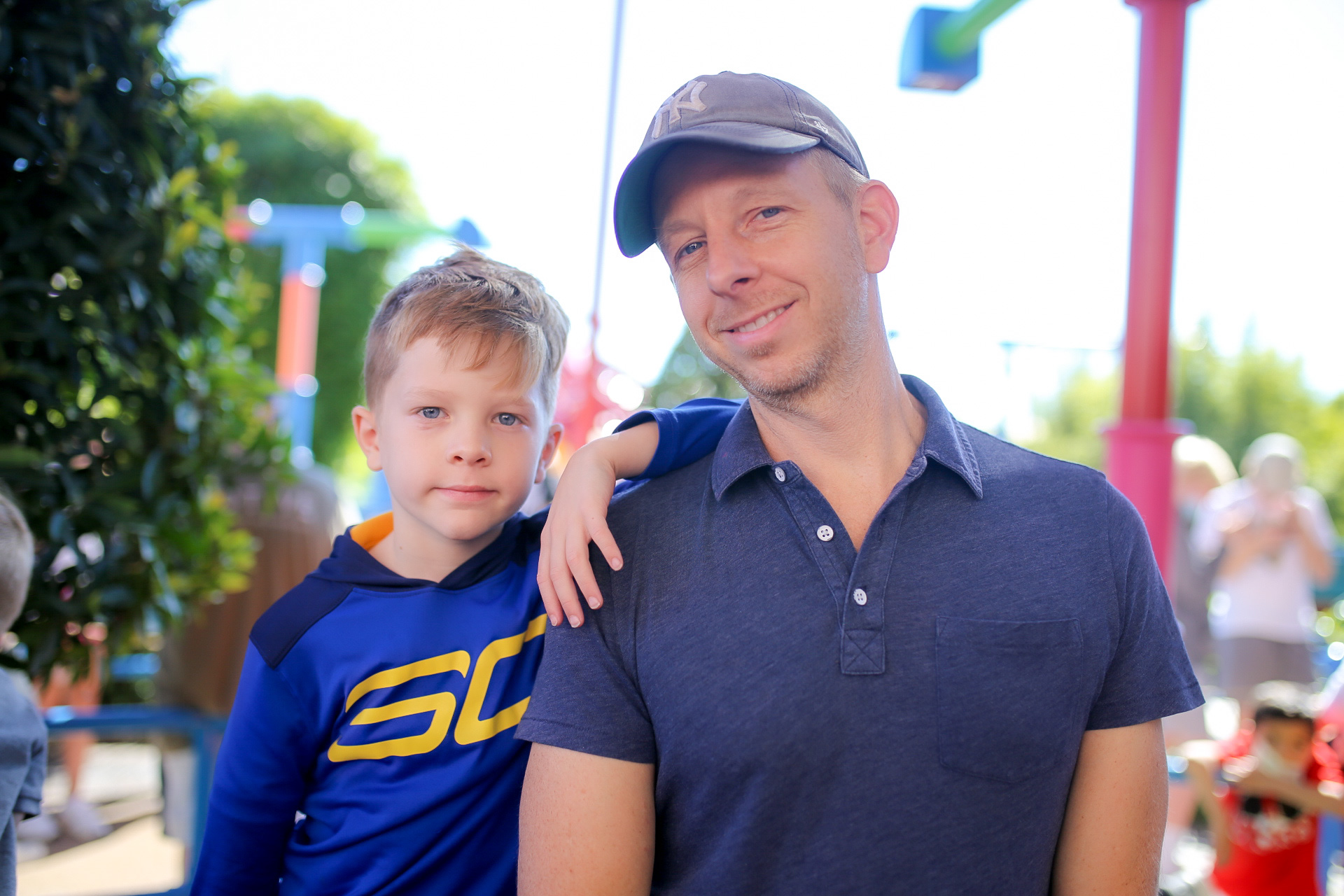 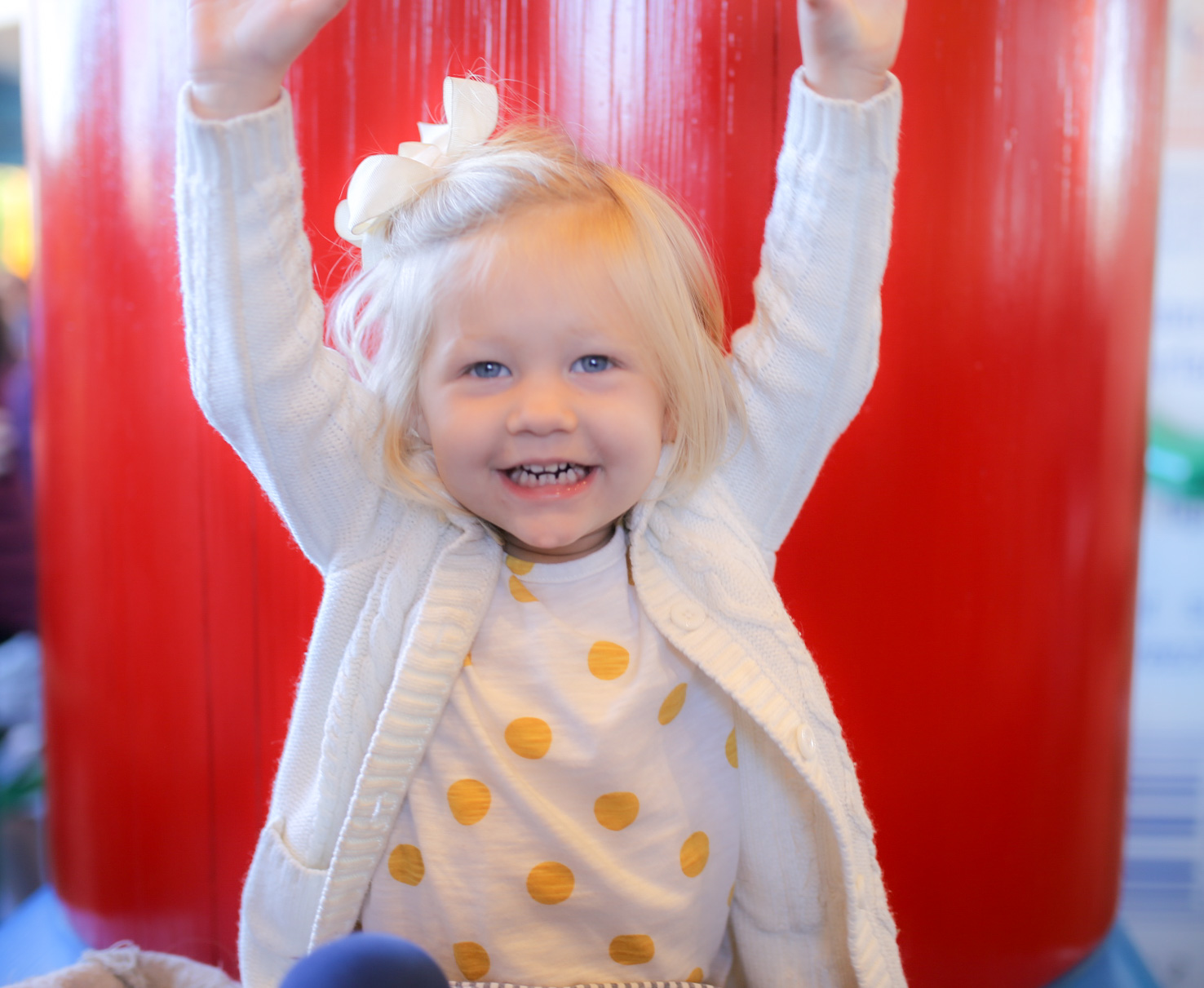 The kids loved all the rides and shows so much- if you ask them what their favorite rides were they would tell you: Rise of the Resistance, Slinky Dog Roller Coaster, Minnie and Mickey Runaway and the Tower of Terror.  Charlie loved the Beauty and the Beast show and Matt & I thought the hidden jokes in the Frozen show were hilarious. 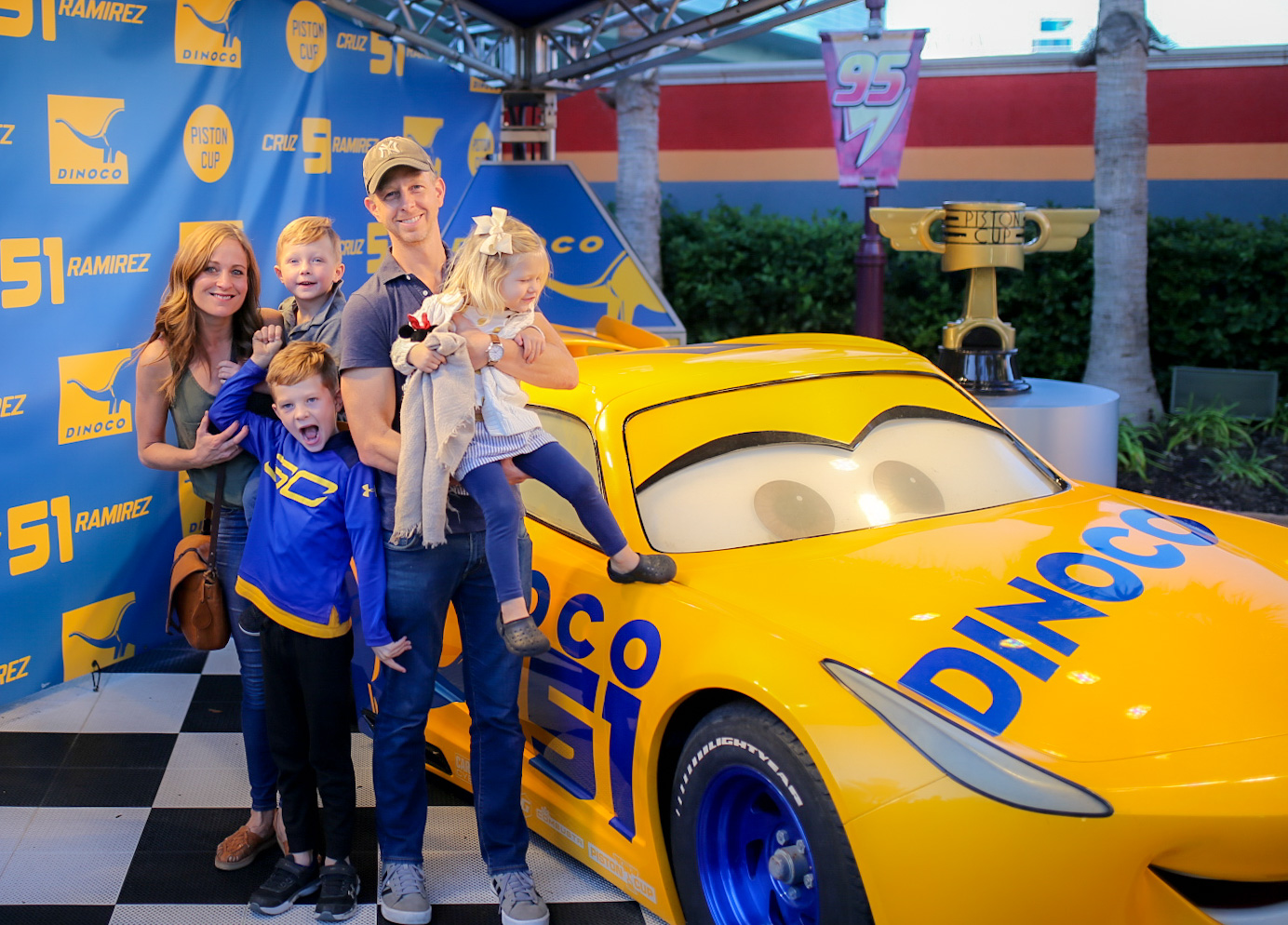 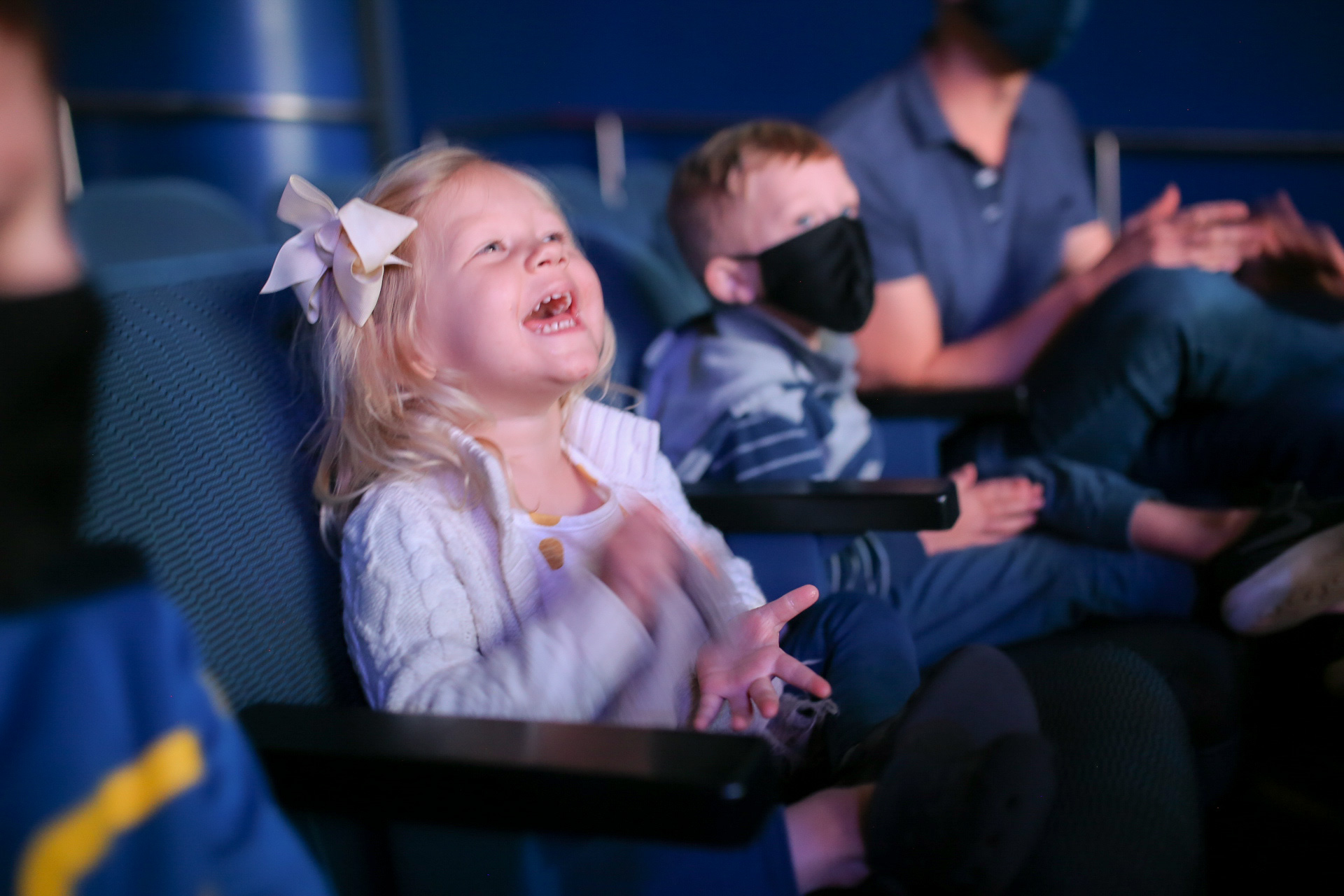 I’d say the kids AND adults had a great day at Hollywood Studios. I would love to go back when all the kids can reach all the height limits but it’s definitely not somewhere we need to go back to every year.  The less frequent we visit the more special it’ll be... right? 😉