The Year of Surprises
Everything about the past 9 months has been a series of surprises for our family.  First, finding out we were pregnant last July was a HUGE surprise for Matt and me.  We've always been big on planning out our life, and my third pregnancy completely changed everything.  From day one Matt has said that this baby was from God and he was MOST excited about it because it wasn't in our plan, so God must have had a reason for it.  Of course, the very next weekend, we decided that we should probably start looking for a bigger house... and ended up buying a house that same weekend (another big surprise as we weren't expecting to move for another year or so).  Then, we also decided to wait to find out the gender, which was the BIGGEST surprise of all.  After having two boys, you kind of just assume that you are only going to have boys. LOL!

I needed C-sections with both Dylan and Christopher, so it was pretty much inevitable that I would need a third C-section with baby number three.  My doctor scheduled a 39 week C-section for March 18th.  I have to say it was super nice knowing the actual day (and time) we were having the baby since everything else felt so unknown.

I was a little nervous about my C-section because I didn't love my previous sections.  With Dylan, everything was a blur from being in labor for 20+ hours beforehand, and with Christopher, I was a little too alert and wish I hadn't paid attention to the nurses conversations and the rags of blood in the corner of the room.  Gross.

This time, was perfect.  I was able to pick the music that was played during the operation, the nurses were so sweet and nurturing during the whole process, and having Matt by my side talking with me helped so much.  Matt and I literally talked and joked the whole time they were cutting me open and it was so nice to have that distraction to help ease my nerves.  When the time came for the doctor to pull out the baby, she had Matt stand up and tell me the gender and it was a moment I'll never forget.  It's a GIIIIIIIIIIIRRRL!??!?!??  I'm not kidding, he shrieked... as much as a man can shriek.  LOL.  We both just started sobbing.  Everyone in the whole room was emotional and it was one of the best memories of my entire life.

Of course, having a C-section was pretty tolling on my body.  They literally have to pull out your organs to get the baby and then put everything back inside.  This time around, feeling them putting everything back inside (yes you can feel the pressure of things being moved around) gave me horrible heartburn.  I actually thought I was having a heart attack!  Of course they can't just give you a tums, so they had to give me other pain relievers which wasn't ideal because they made me super groggy later, and didn't really work.  But then the best thing happened, they brought our sweet baby girl over to me, laid her right on my chest, and I completely forgot about the pain. In my previous two deliveries, I didn't get to hold the boys until recovery, so it was wonderful to have her right there on me while the doctors were completing my surgery.  And she was perfect. 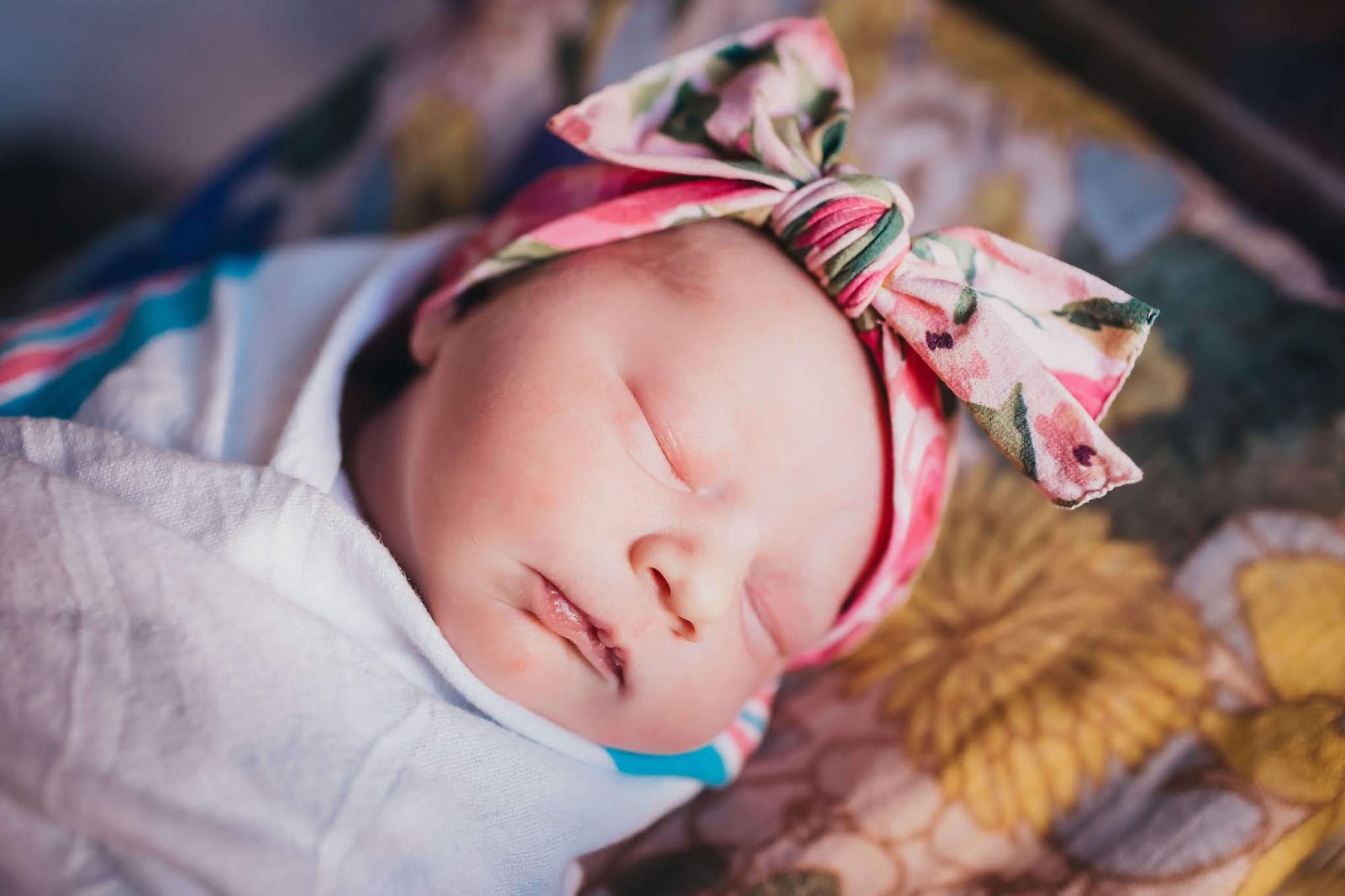 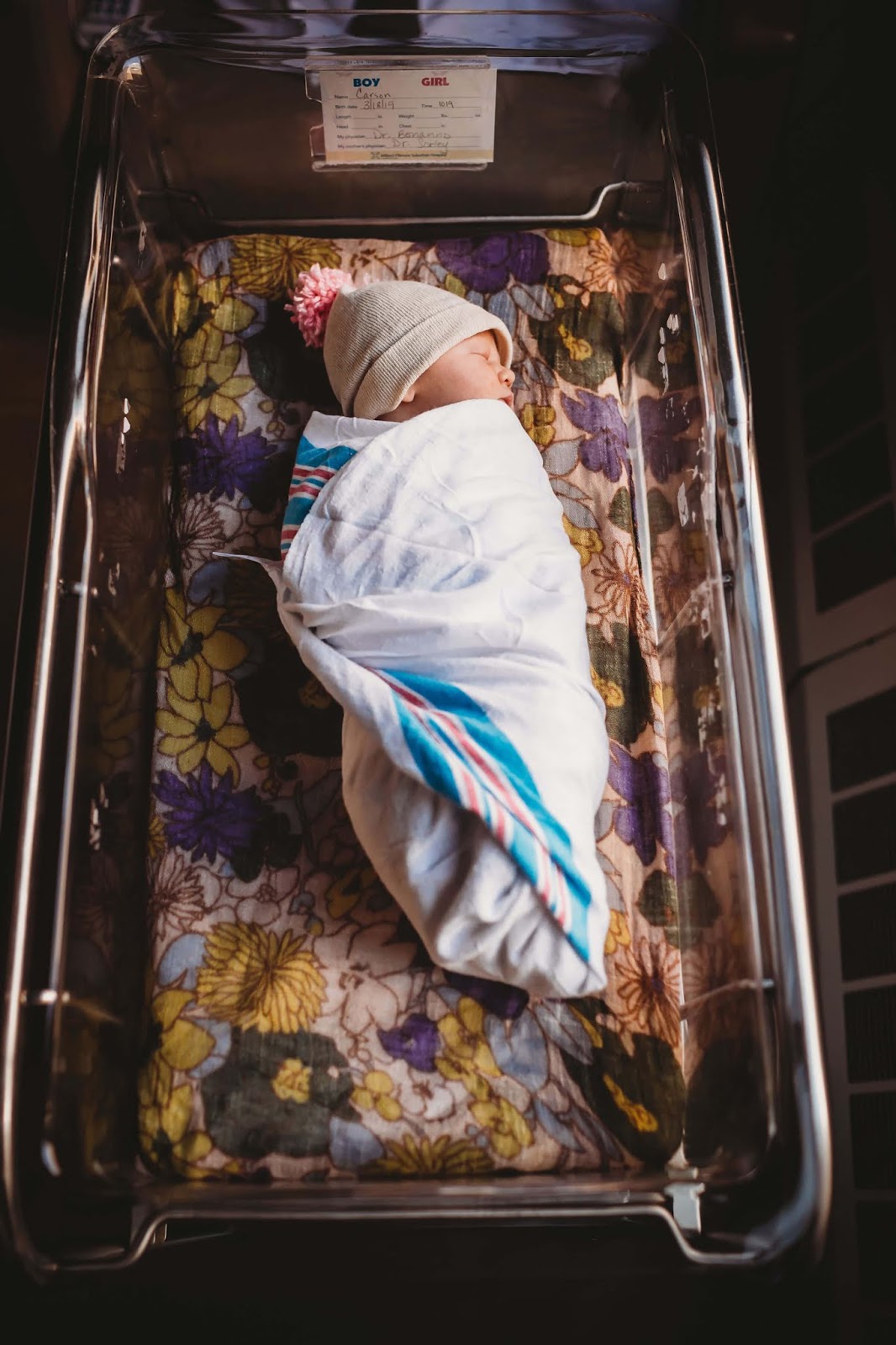 Naming Charlie
Choosing a name has always been so hard for us, but this time around we knew that we wanted to somehow incorporate "Charles", the name of Matt's uncle, who passed away this past December.  Uncle Chuck, as we called him never married or had kids, so this would be a way that we could carry on his legacy.  And he was such a special man to both Matt and me.  I'm so thankful we were actually able to tell him privately before he passed away that it was our plan to name the baby after him.  We told him that if we had a girl we would probably name her Charlotte and call her Charlie and I remember him saying, "I hope you have a girl".  It was so sweet, but I never imagined that I would actually have a girl!  I had always hoped for a girl and planned on giving her the middle name Arlene after my Grandma, who is 92 years old and very special to me.  I remember with both Dylan and Christopher being disappointed that I couldn't give them her name and wondering if she would ever know that I wanted to name my child after her.  We were so excited to give little Charlie the full name "Charlotte Arlene".  And let me tell you, it was soo special having Matt's Grandma meet the baby who was named after her son, and my Gram, meeting the baby who took her name as well. 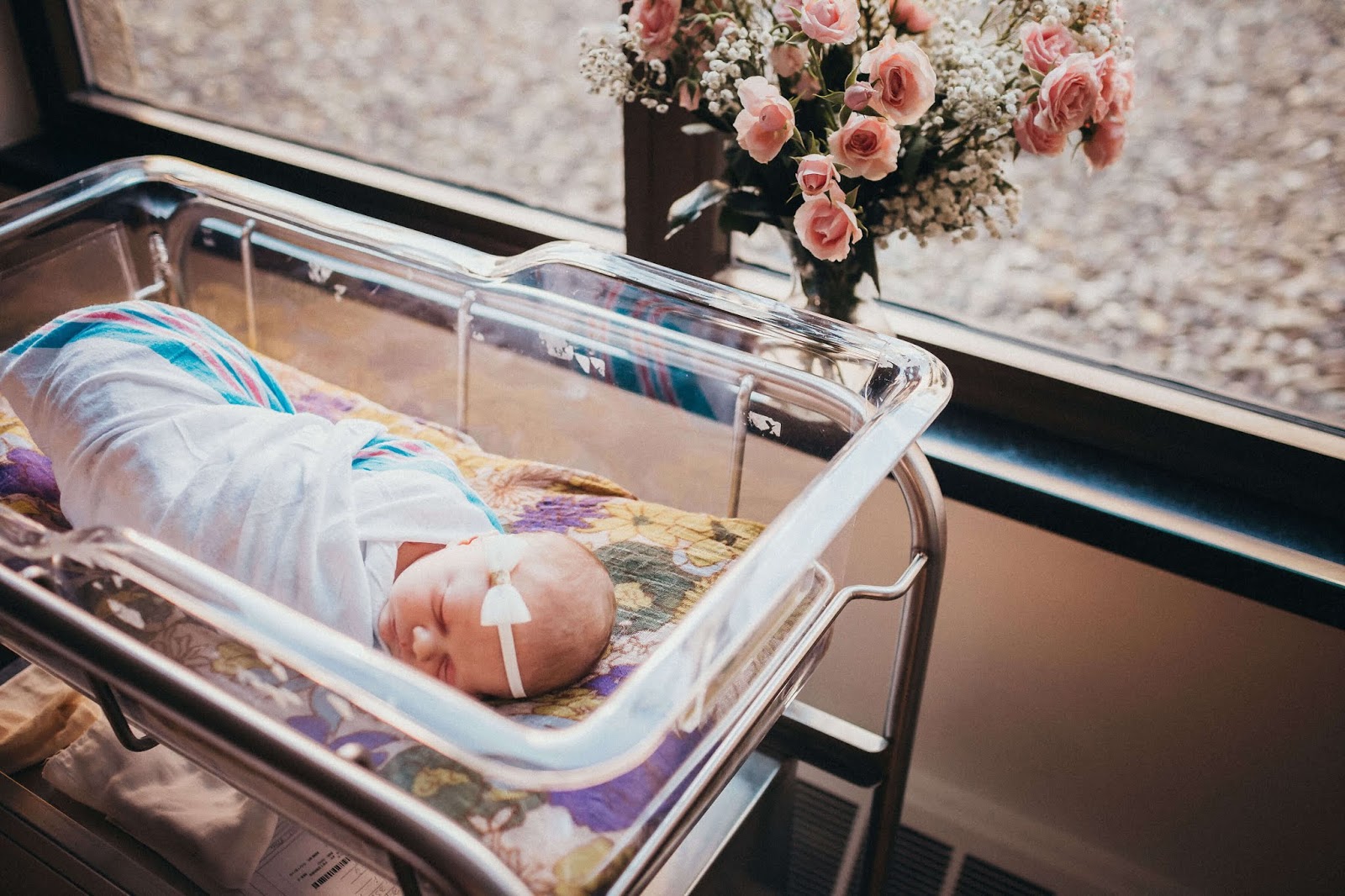 Dylan & Christopher Meet Charlie
If I could only go back to one moment again... seeing my two boys meet their little sister for the first time was one of the most special things I've ever experienced.  The look in their eyes and the smiles on their faces as they walked into my hospital room, it was the most precious thing!  Christopher especially, just couldn't take his eyes off of her.  He kept wanting to touch and hold her and I've never seen him so gentle and nurturing.  I feel like I'm seeing so much of his personality come out watching him fulfill his role as "big brother" and discovering this sensitive side I've never seen before.  It is soooo sweet. 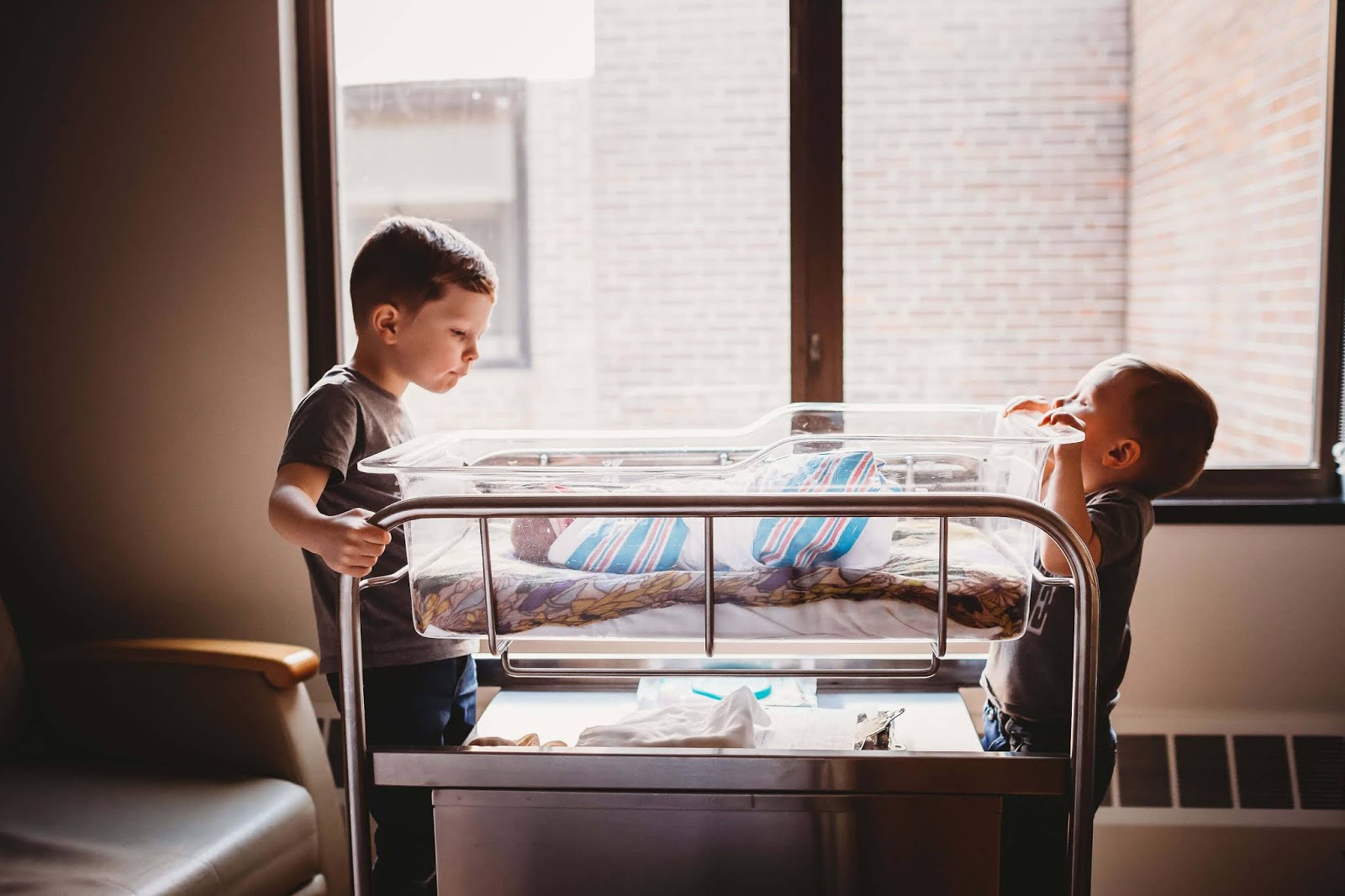 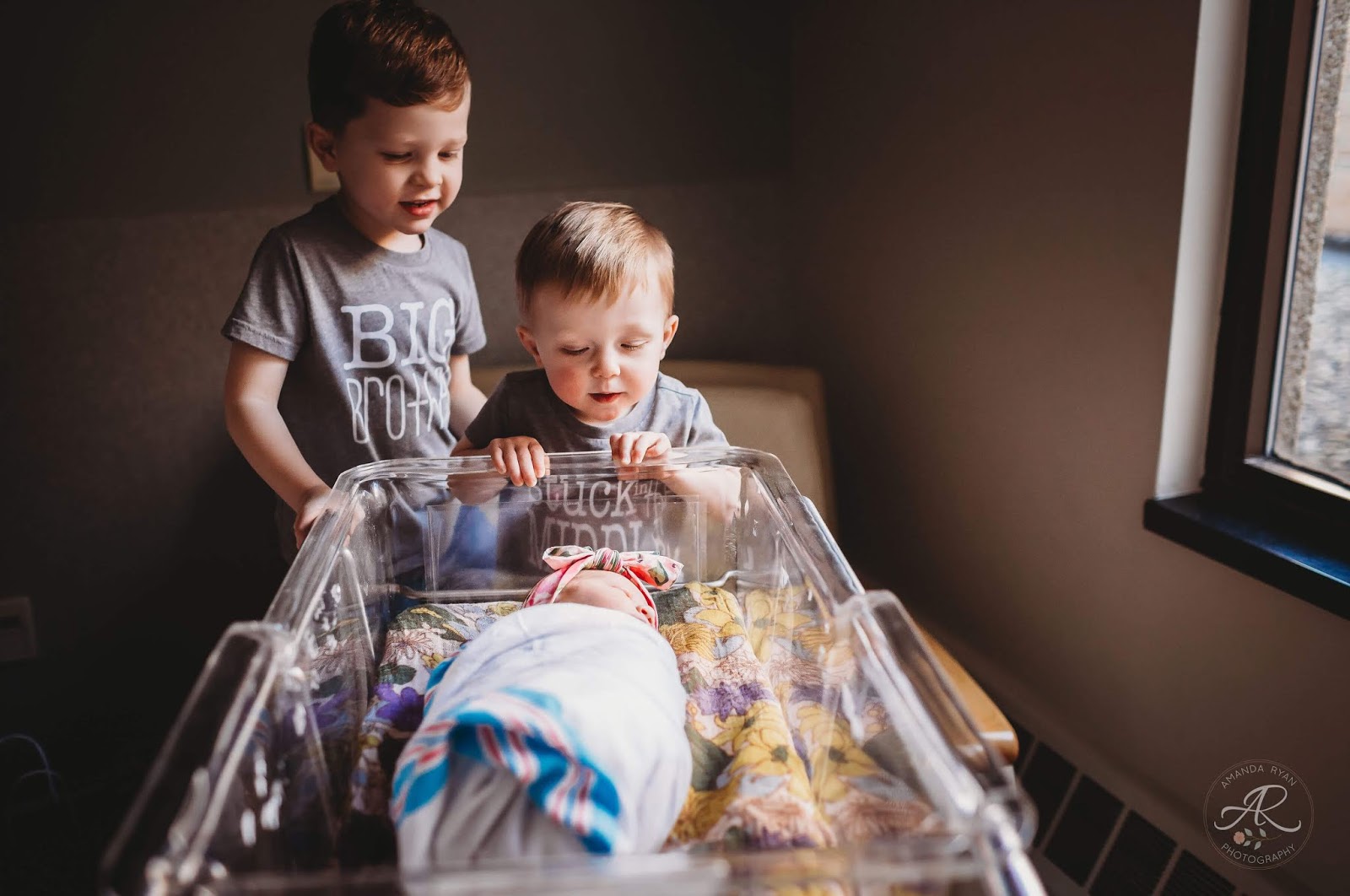 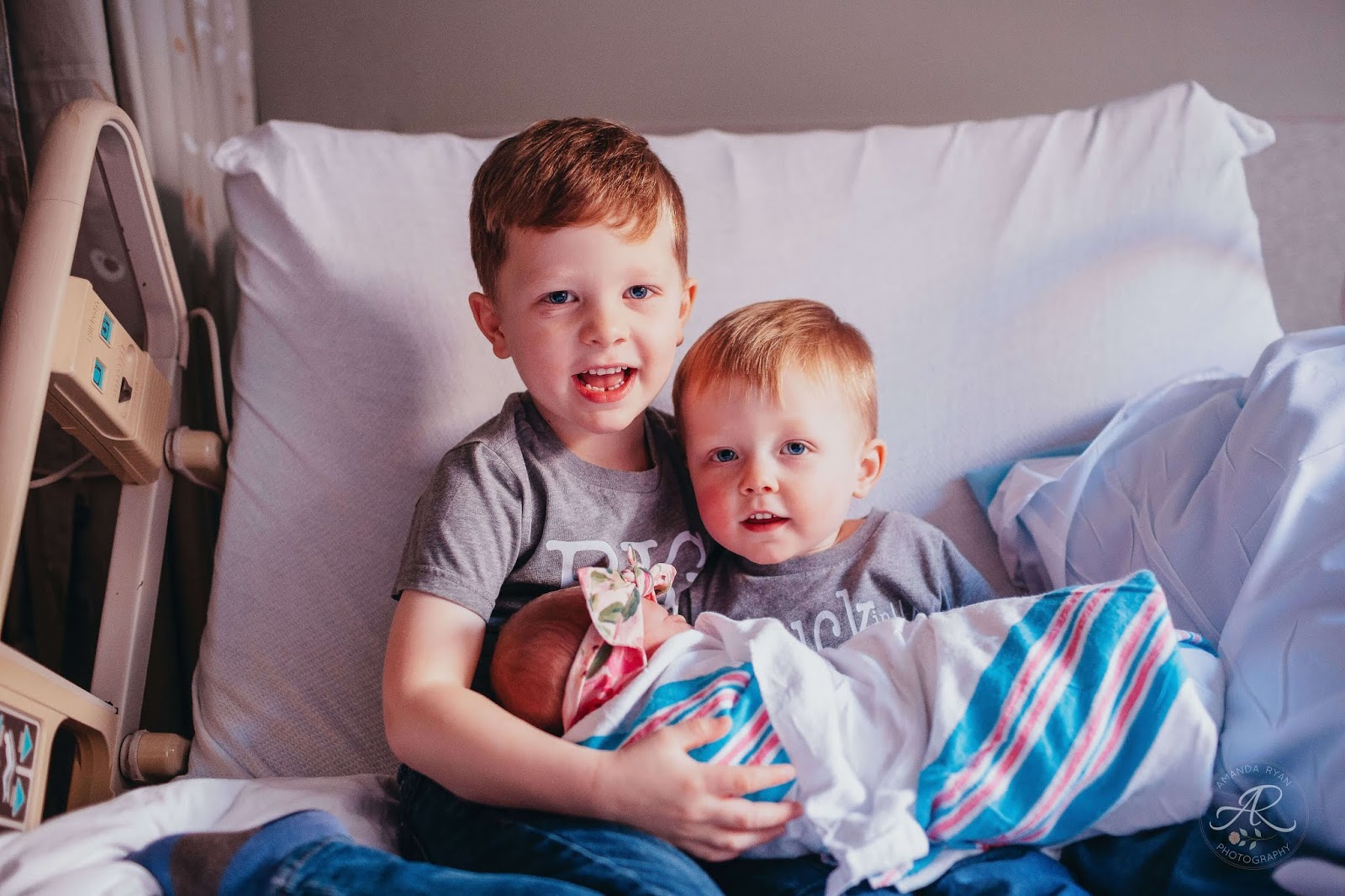 Fresh 48 Session
All the photos in this post are from our Fresh 48 Session with Amanda Ryan Photography.  She is amazing and I'm so glad we had her come to the hospital to take these photos.  My previous hospital experiences are such a blur and, of course, we always want nice photos of our "only hours old" baby.  However, it is always a lot of pressure on Matt to take those pictures when neither of us have been sleeping and he has been so busy taking care of the baby and me all day and night.  Amanda was able to come in and stage everything right in our hospital room and get all those newborn photos we would have been super stressed trying to take ourselves, as well as photos of the two of us together with Charlie!  My favorite part was having her photograph the boys with Charlie.  There's something about seeing your children's first interactions with their new sibling; the excitement in their eyes and the newness of everything.   I know that if we had waited until we got home the novelty of seeing their new sister would fade, and I'm so happy we have these sweet pictures of their first reactions to seeing her.  I also LOVE Amanda's artistic eye, and different angles of photos that I would never think to take.
*If you are pregnant and would like to book a Fresh 48 Session with Amanda Ryan Photography, use my coupon code "SARAHCTRAVELS" for 15% off your session! (Expires March 31, 2019) 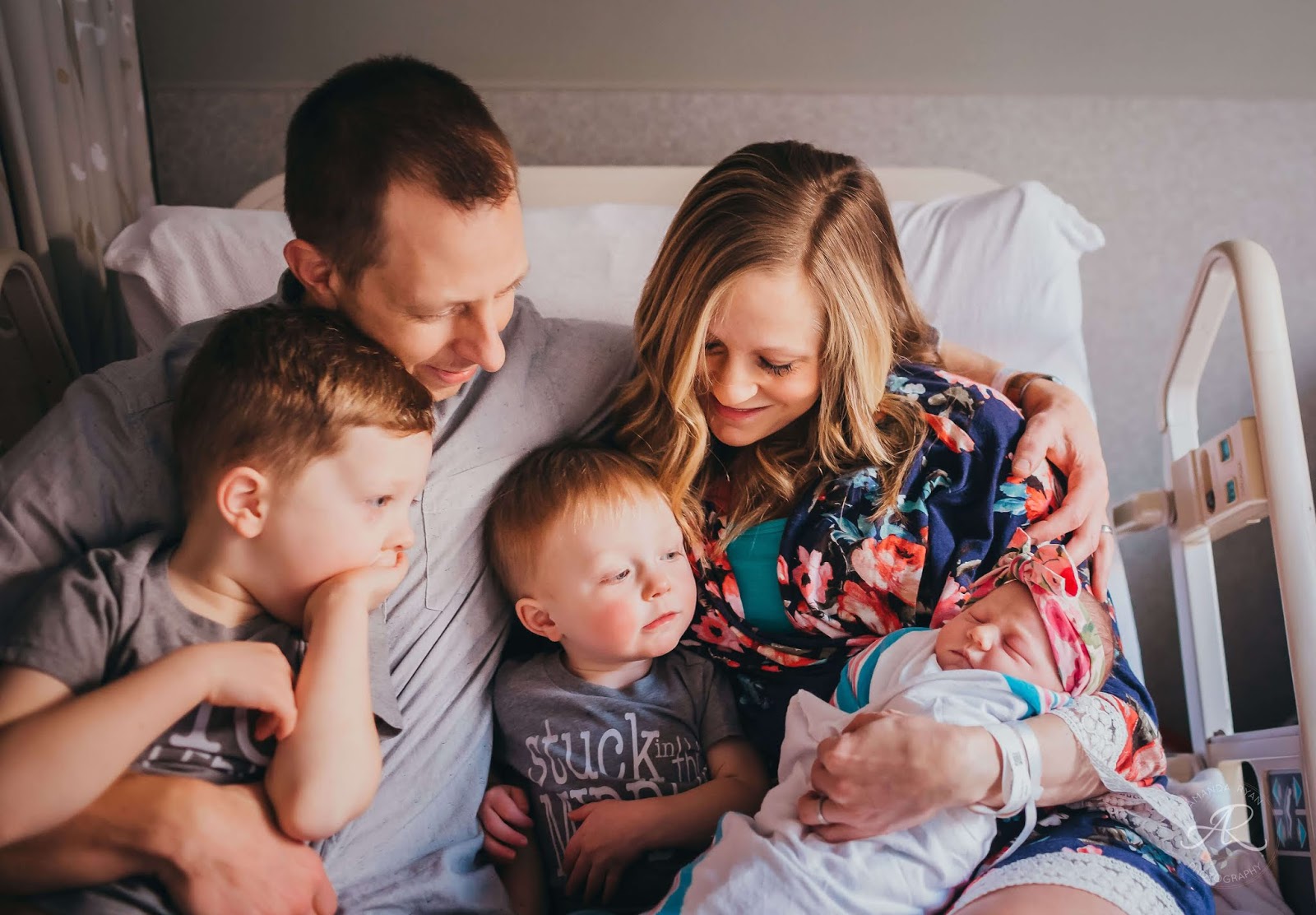 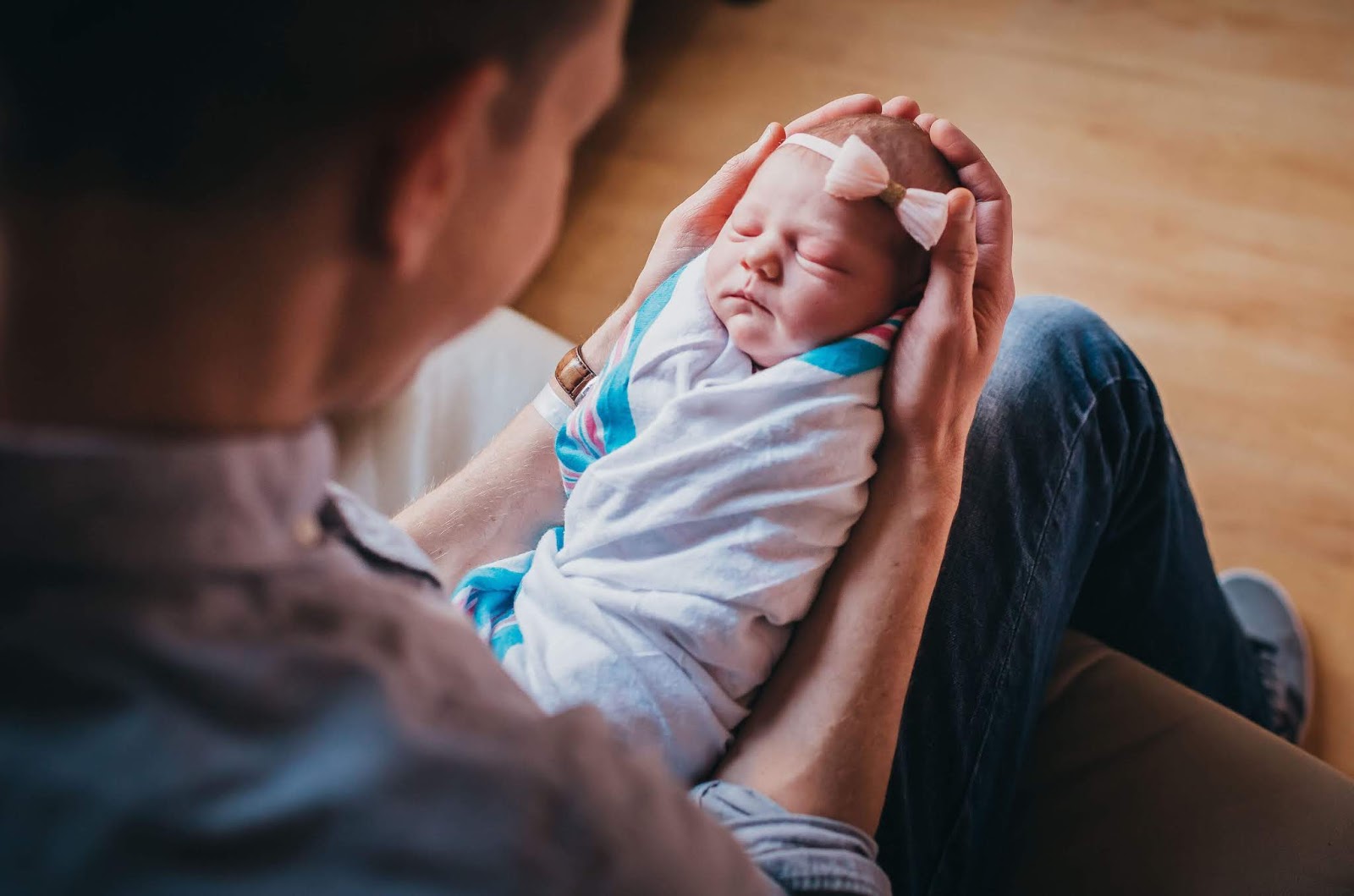 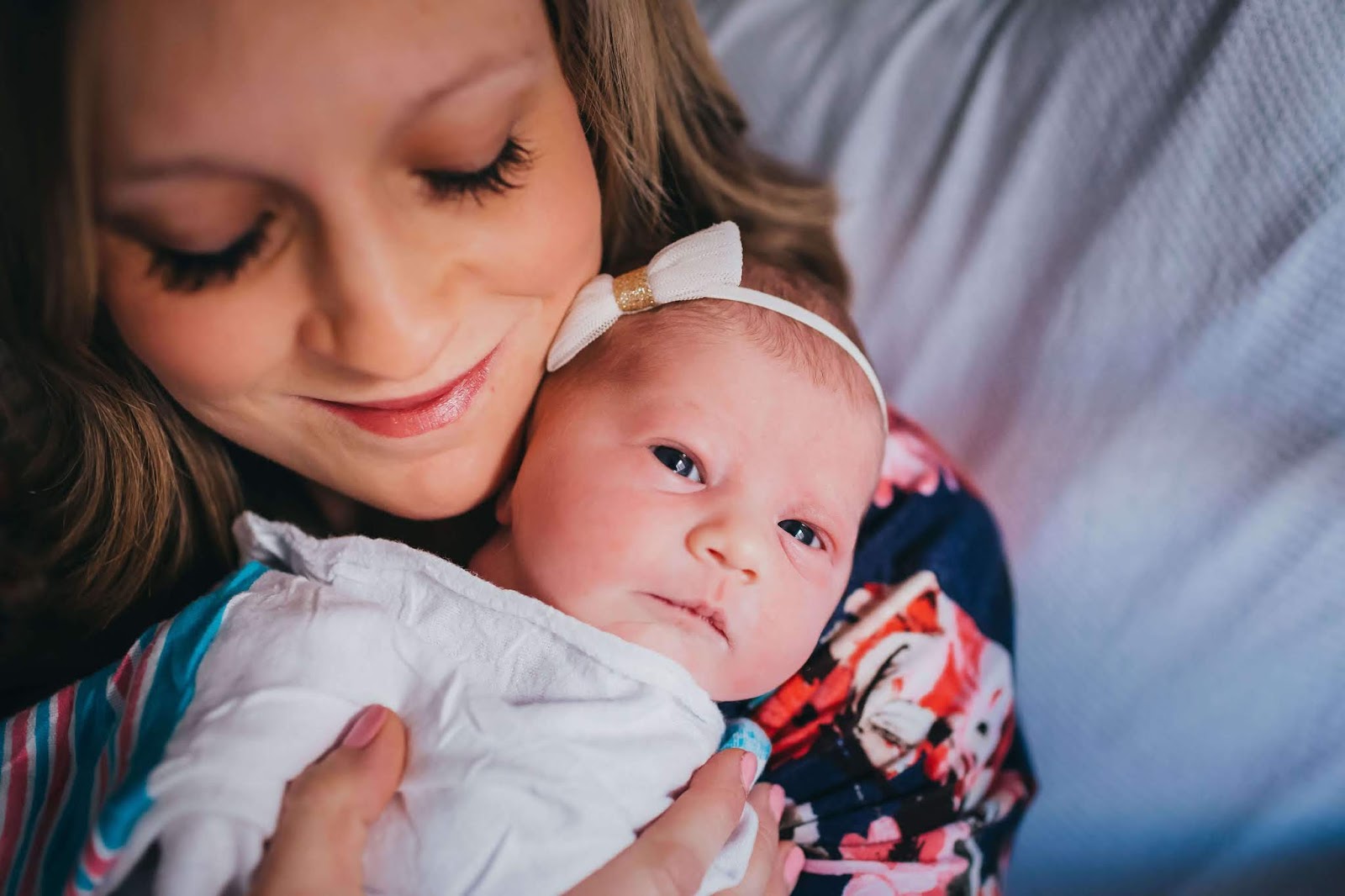 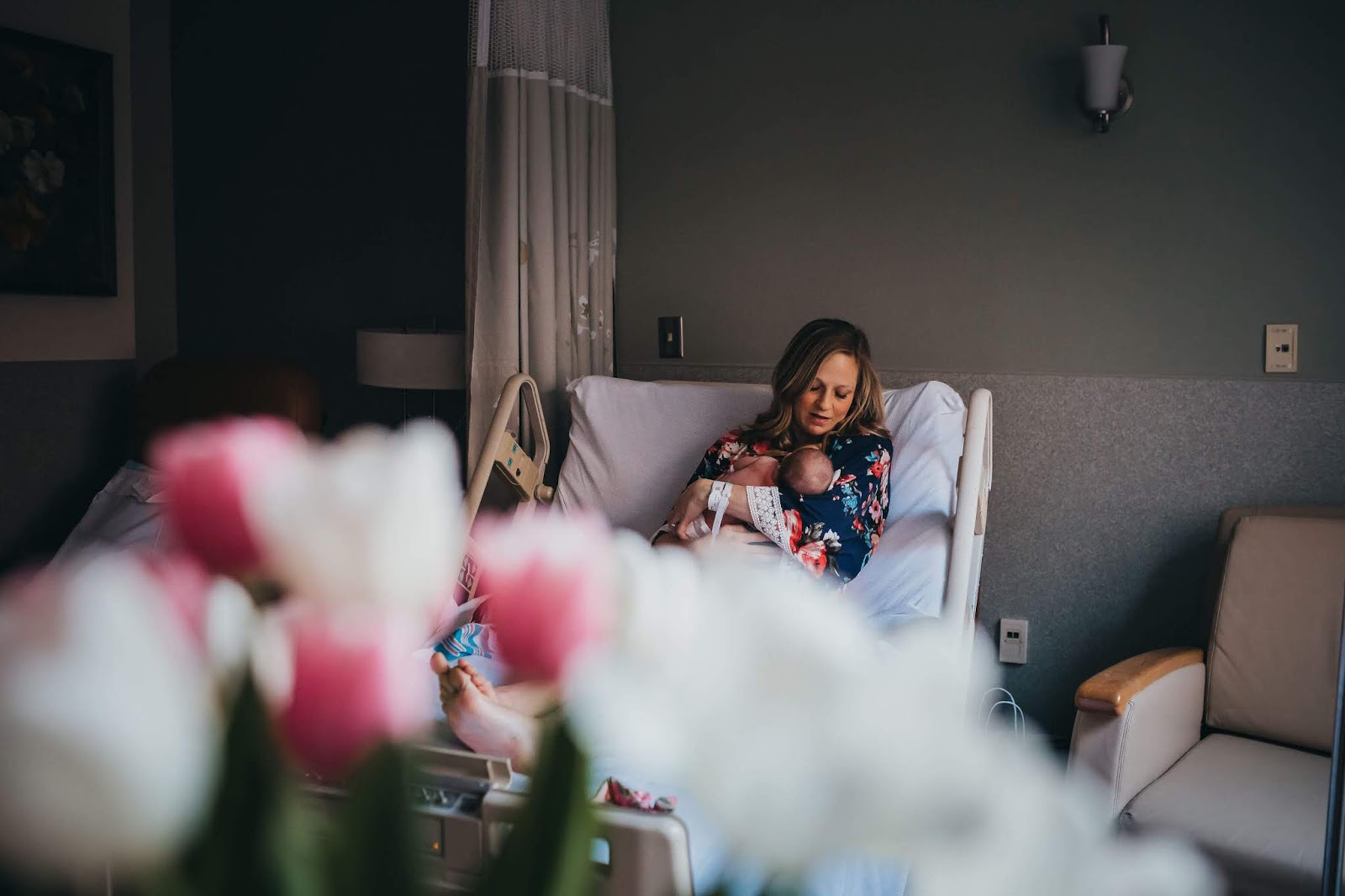 Matt and I have said all along, we didn't plan for Charlie, but God did.  He handpicked her to join our family at HIS perfect time and we couldn't be more thankful.

We are so excited to document our life as a family of FIVE; yes, completely outnumbered, but feeling immensely blessed. Stay tuned!